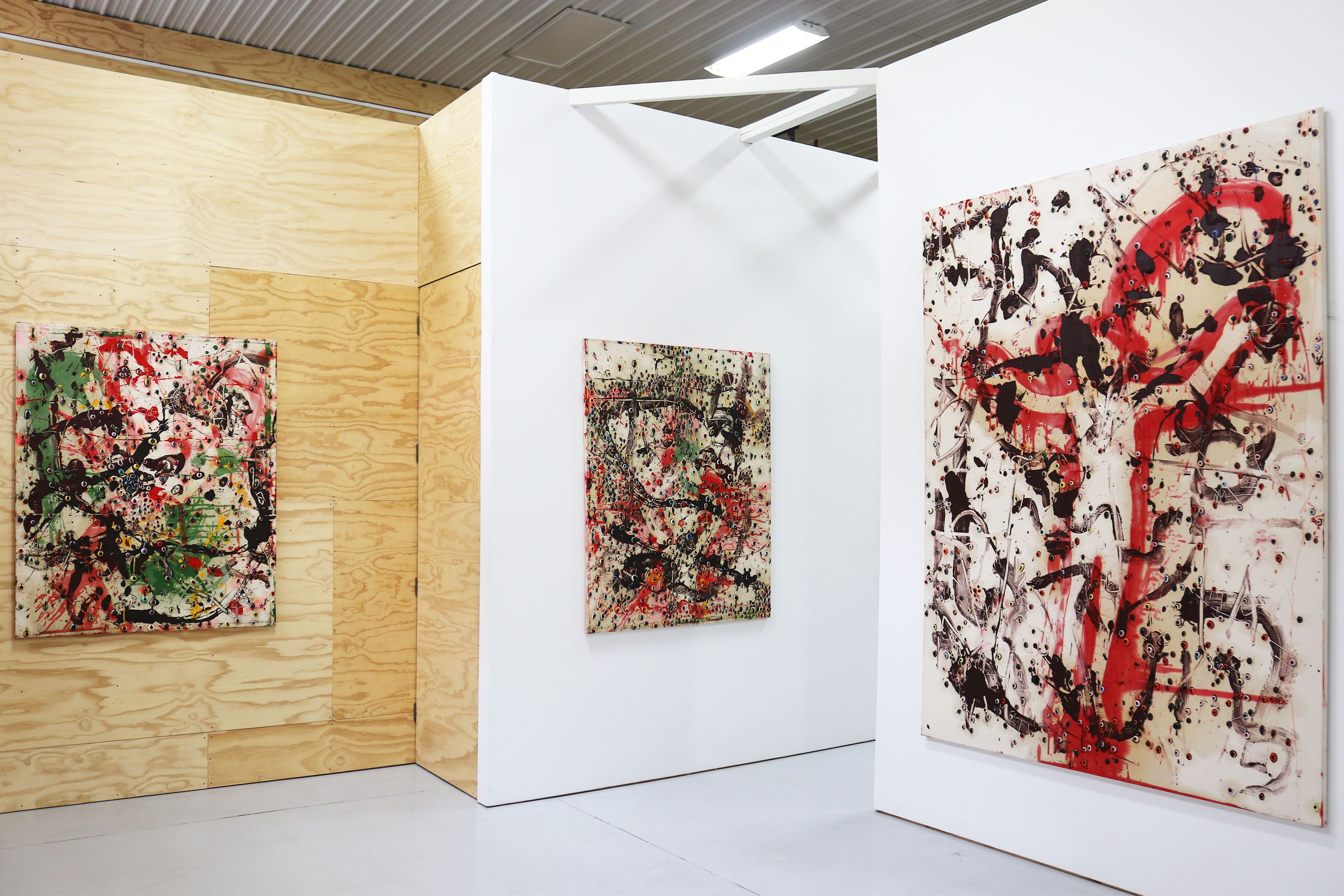 Nick Mead (b. 1957) is a British painter. Mead spent his childhood in Kentish Town in industrial North London. Inspired by the reportage and fashion photographers of the time, he started working as a press photographer for legendary press bureau Fox Photos.

His work has been exhibited at various key galleries and museums, including two solo shows at the Hole, in Manhattan. Since debuting his large-scale works in 2012, Mead moved away from the stark black and white palette of his earlier works to integrate further hues and compositional complications. Today, his enormous paintings are vibrant and rich with color. Mead’s use of paint goes beyond basic linework, featuring pours to create rich layers, building on texture, using oil and gesso to bring the paintings to life, making these protrusions of paint his signature. In 2014 he debuted a series of red-splashed canvases at Casa del Popolo, Julian Schnabel’s dark wood-paneled ground floor gallery space. In 2016, he was featured in Schnabel’s curated show, The Magnificent Ten, at the Museum of Kobletz in Germany. In 2017, he exhibited his second solo show at The Hole in New York, where his displayed works were described as “musical,” “improvisational,” and full of “interconnectivity.” Mead is based out of New Haven, Connecticut. 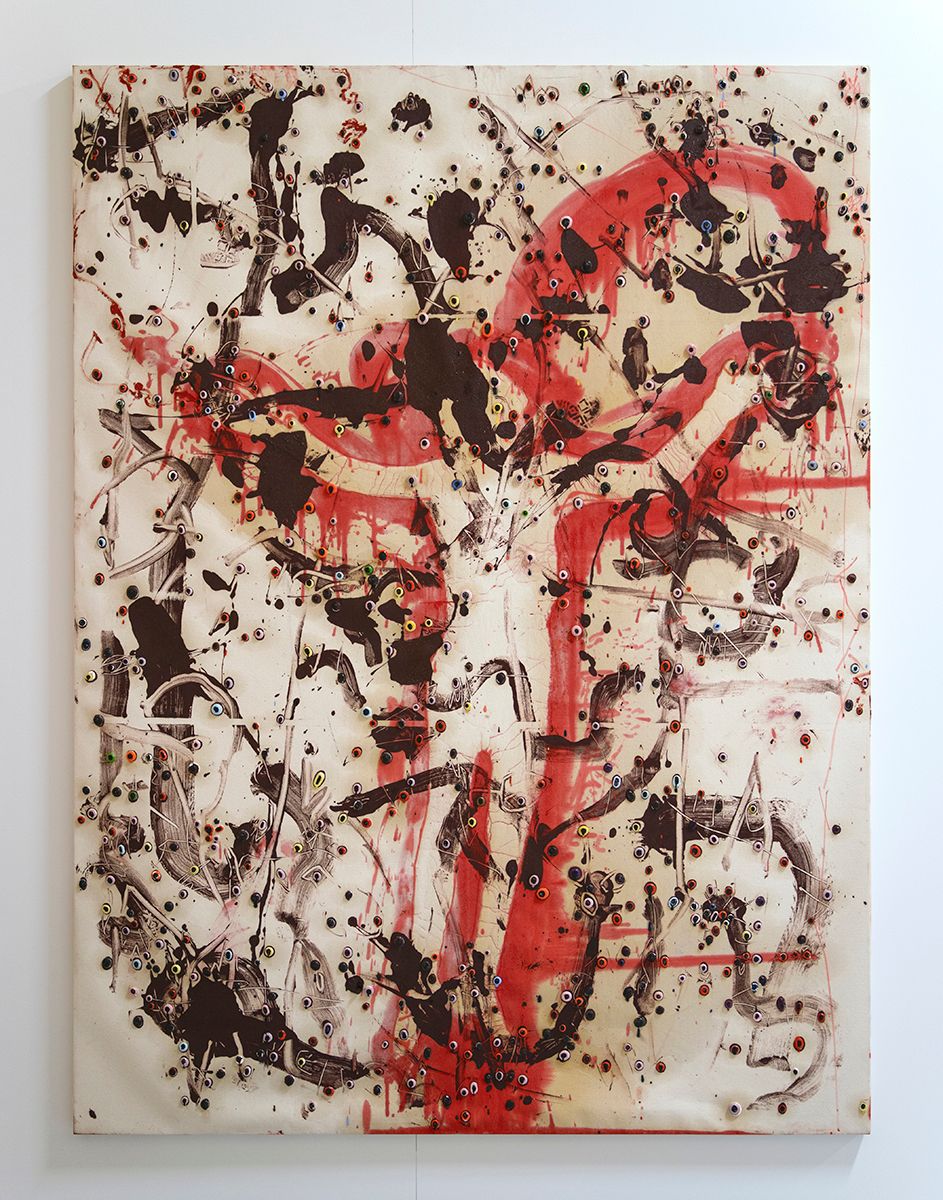 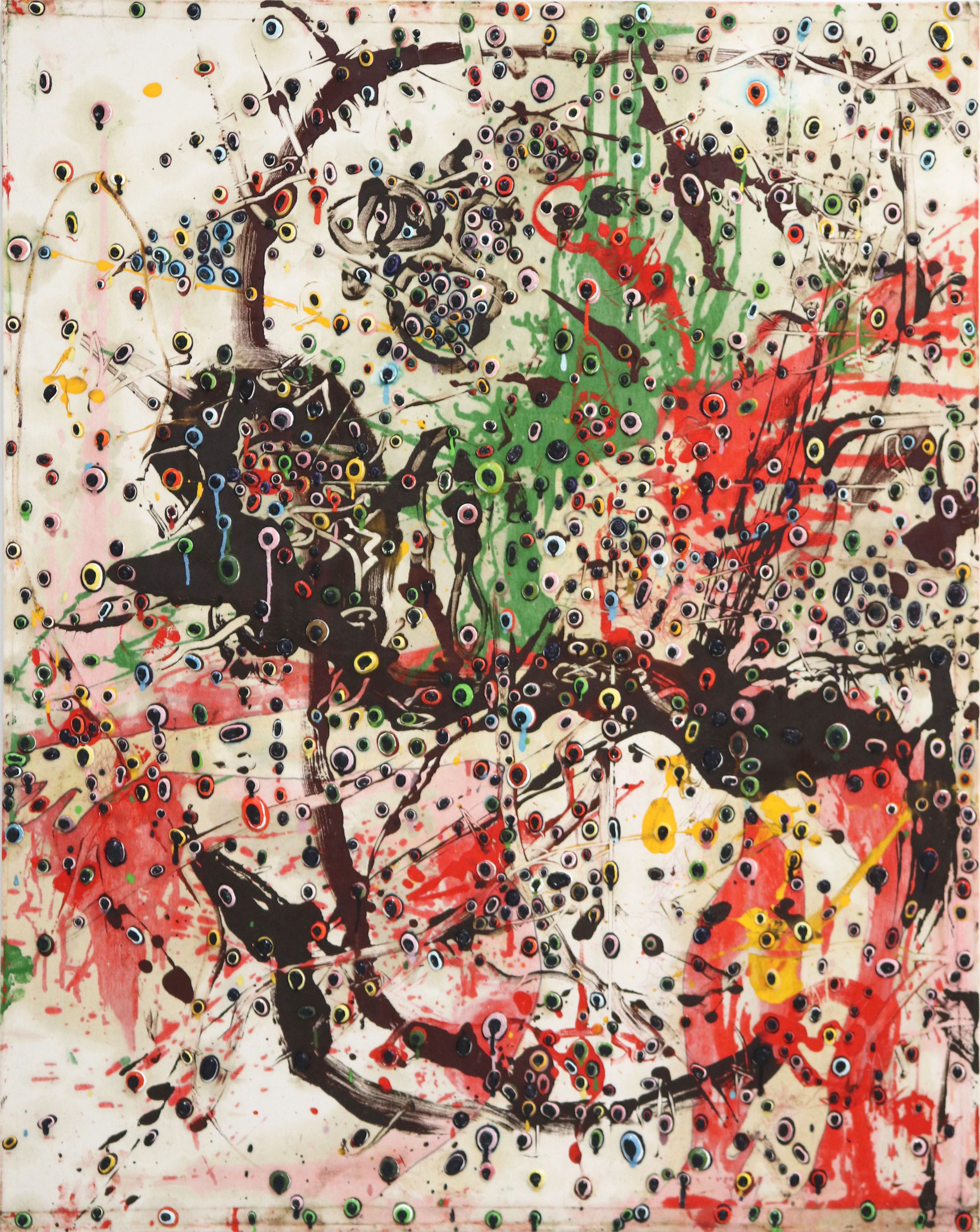 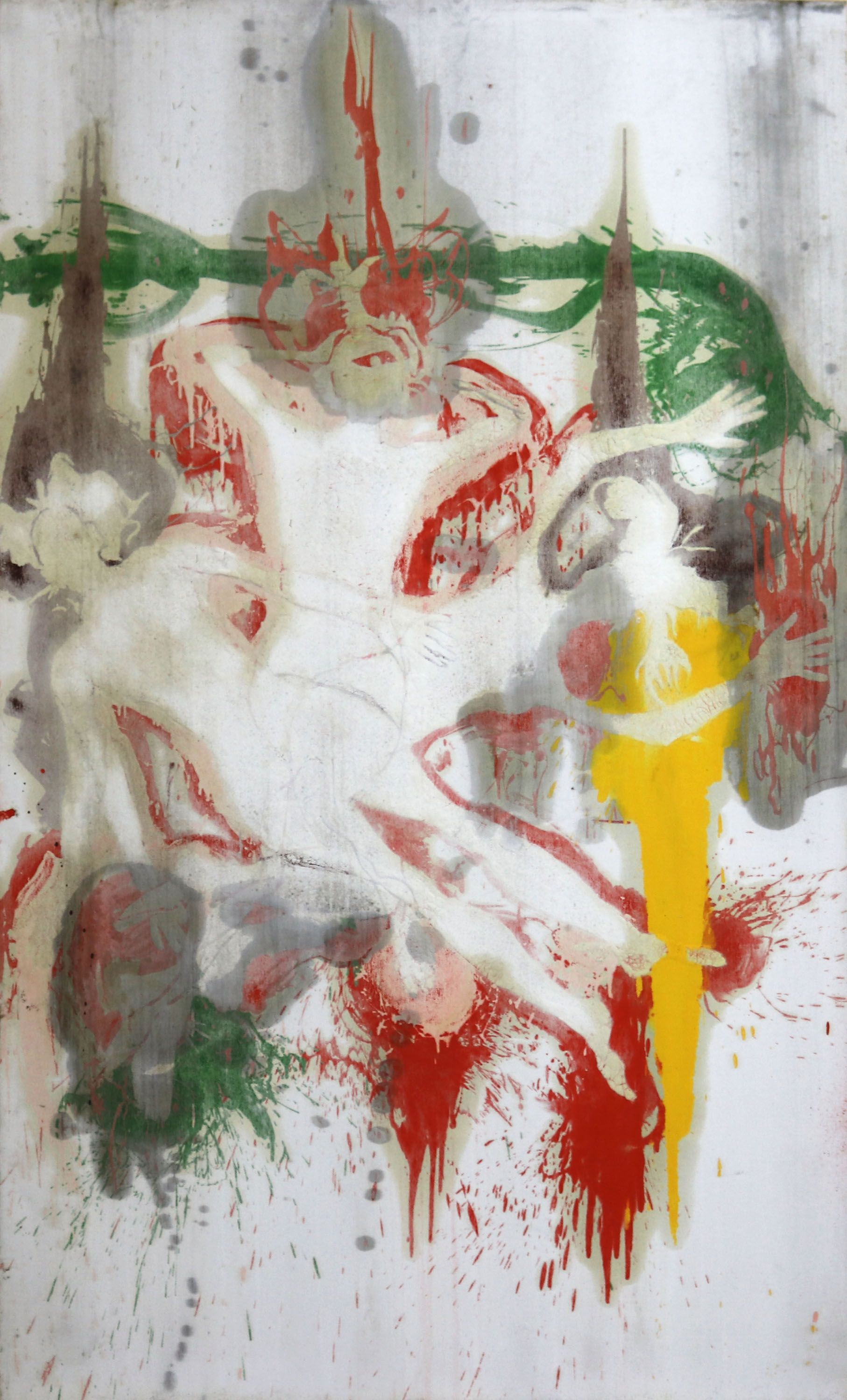 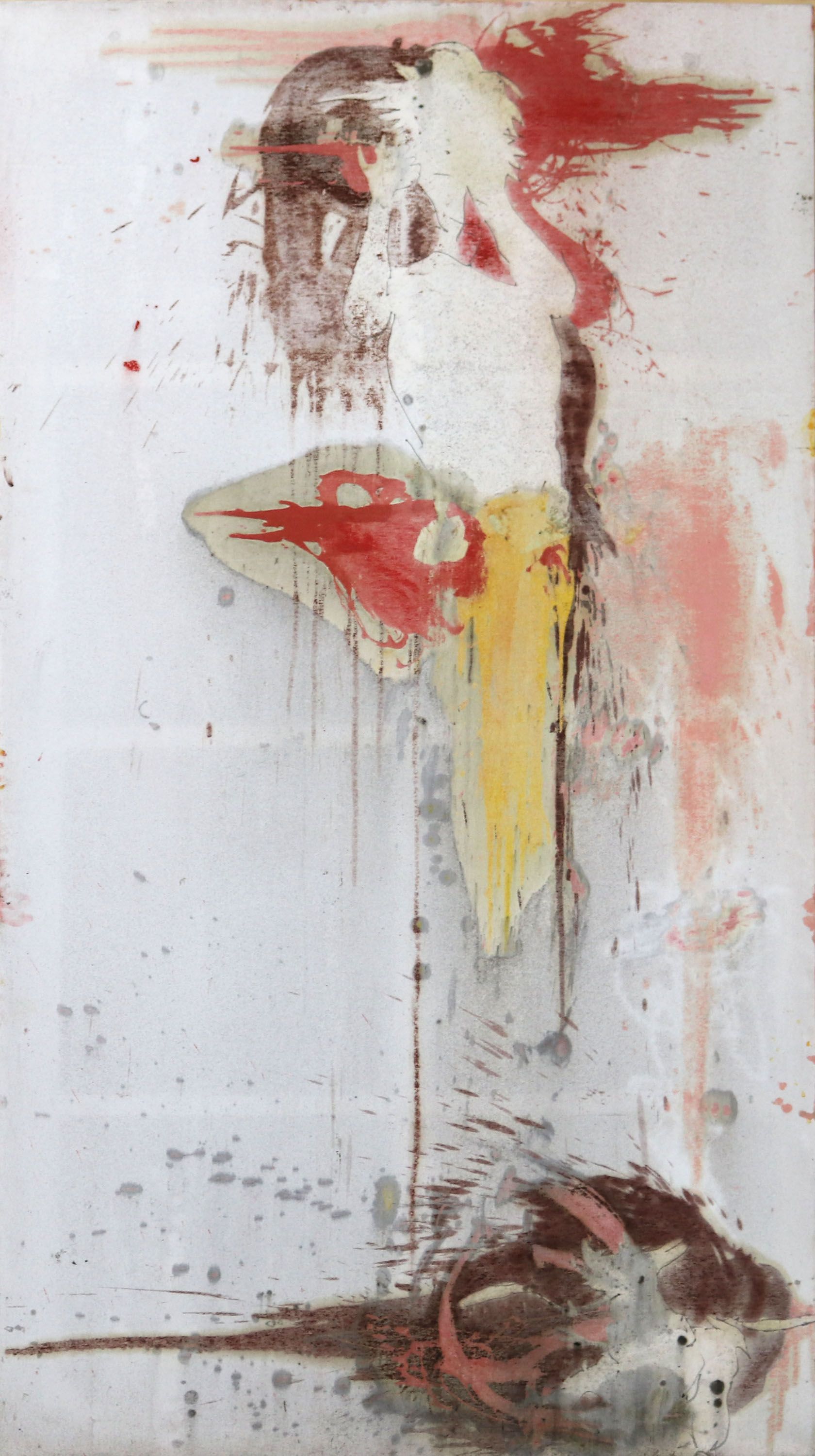 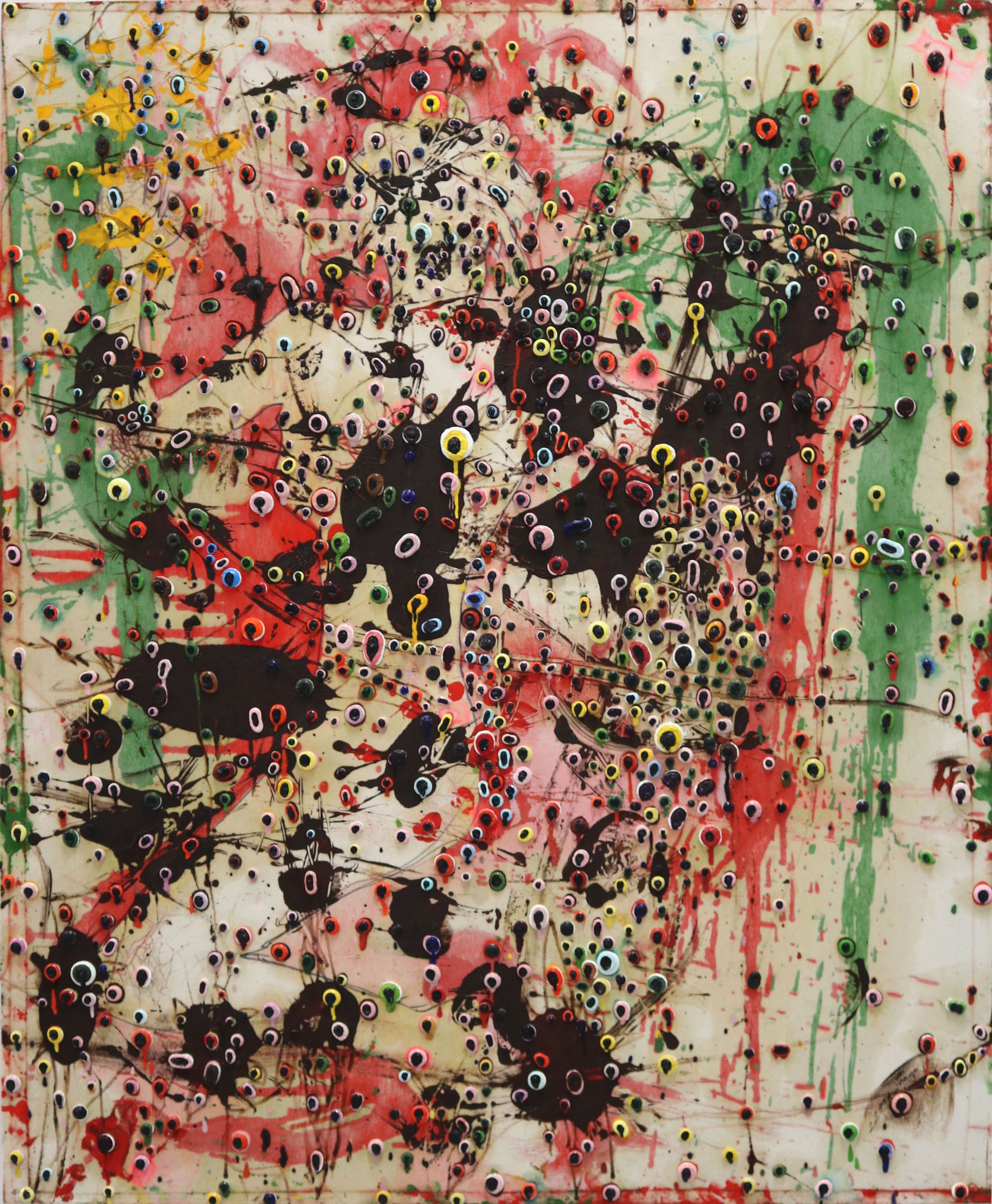 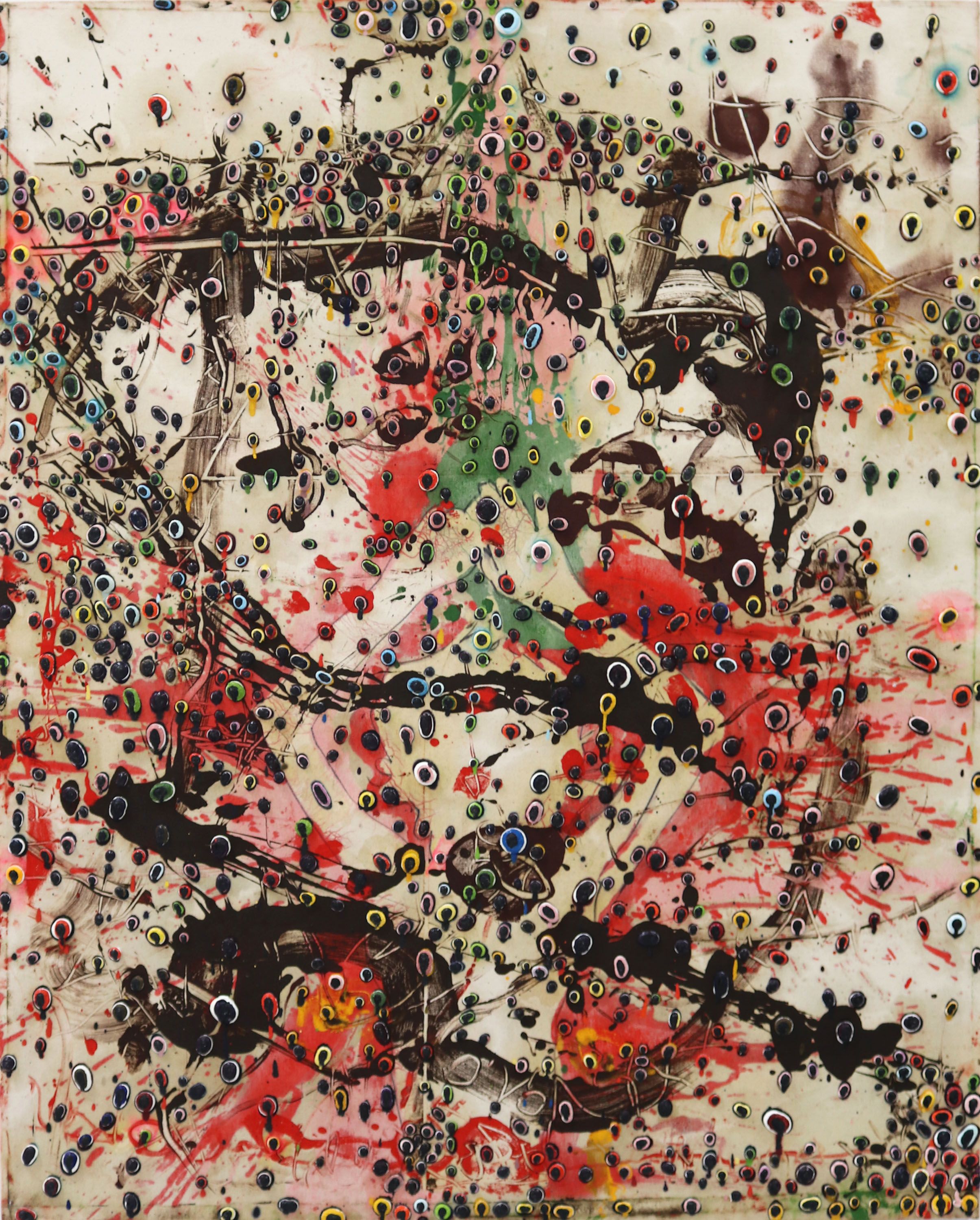