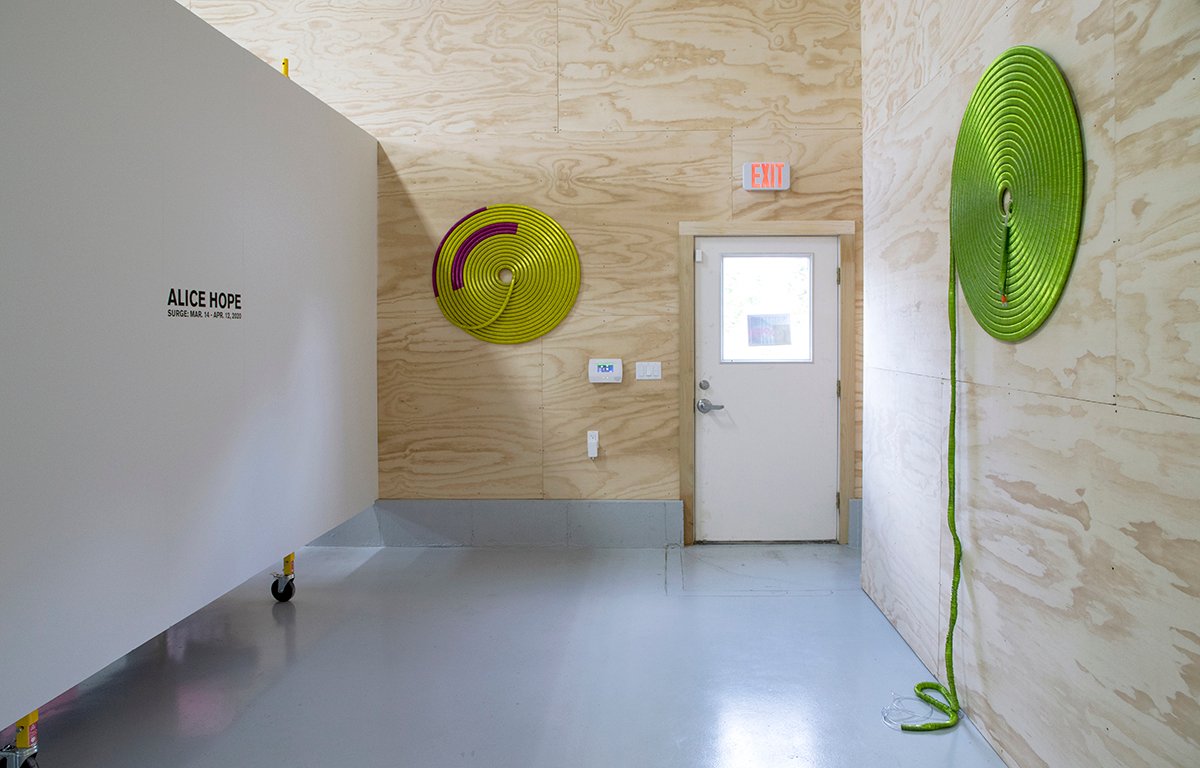 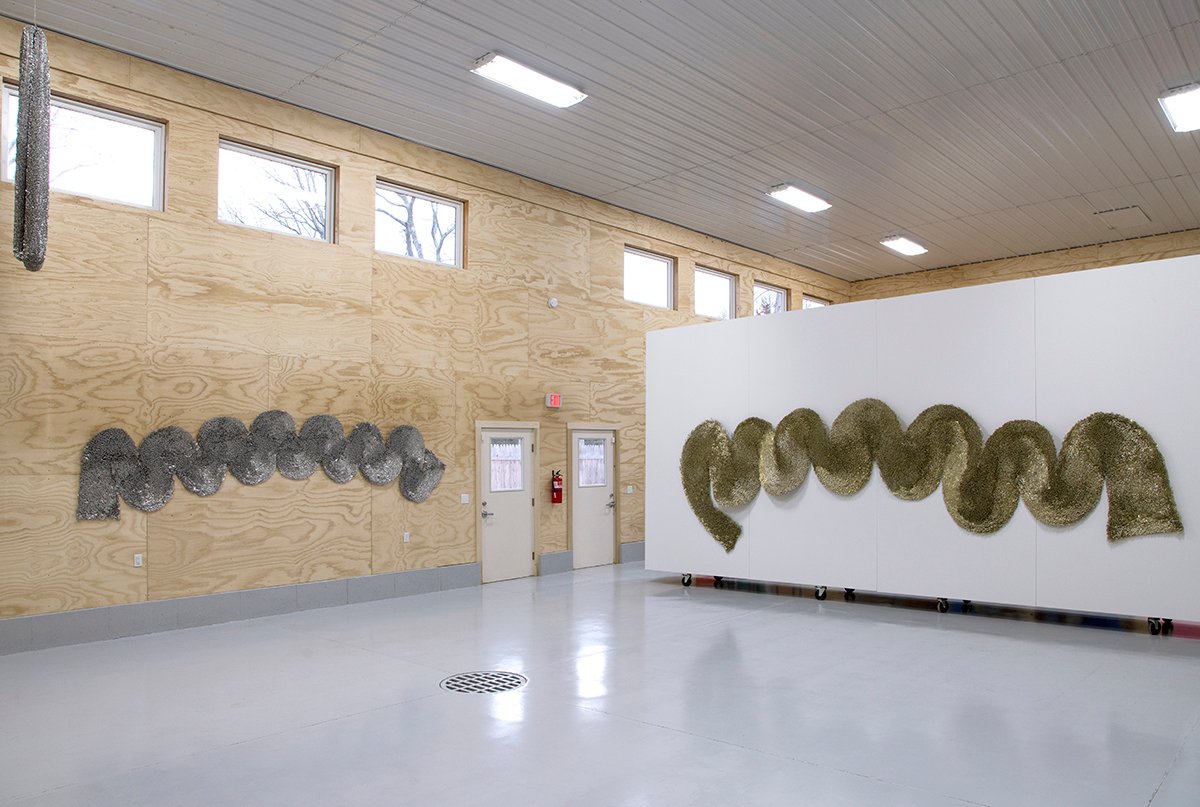 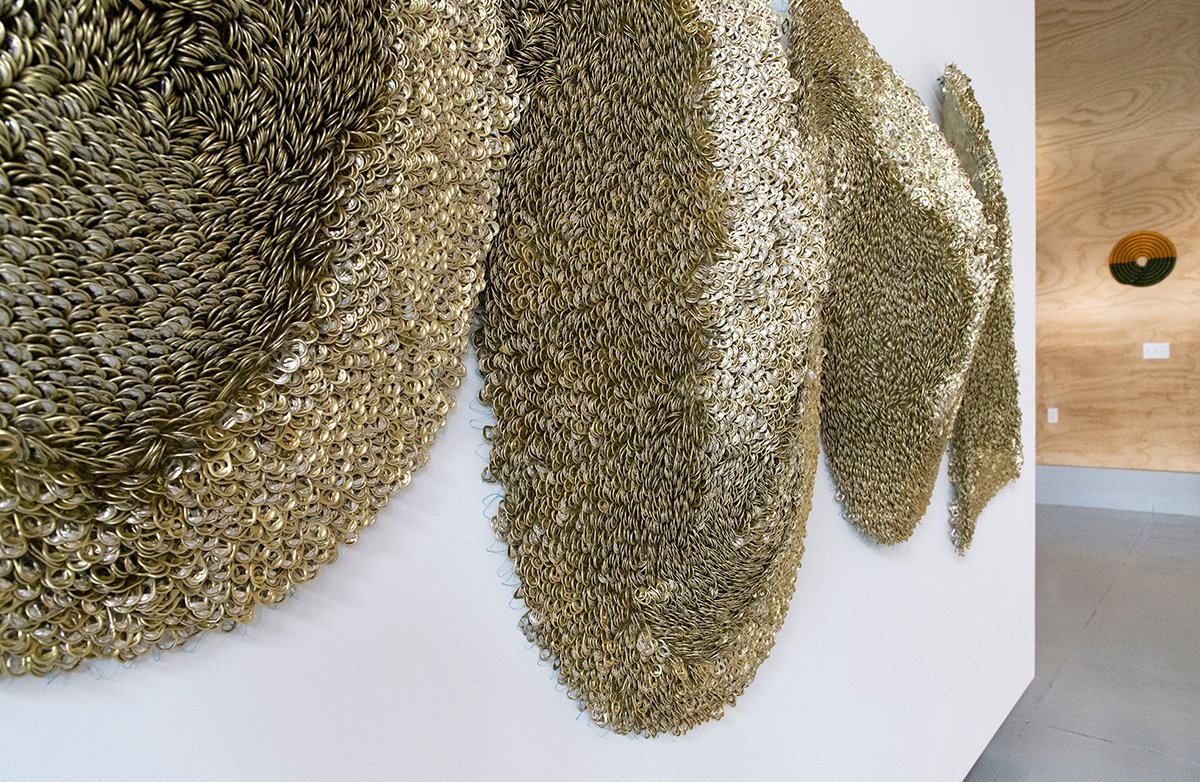 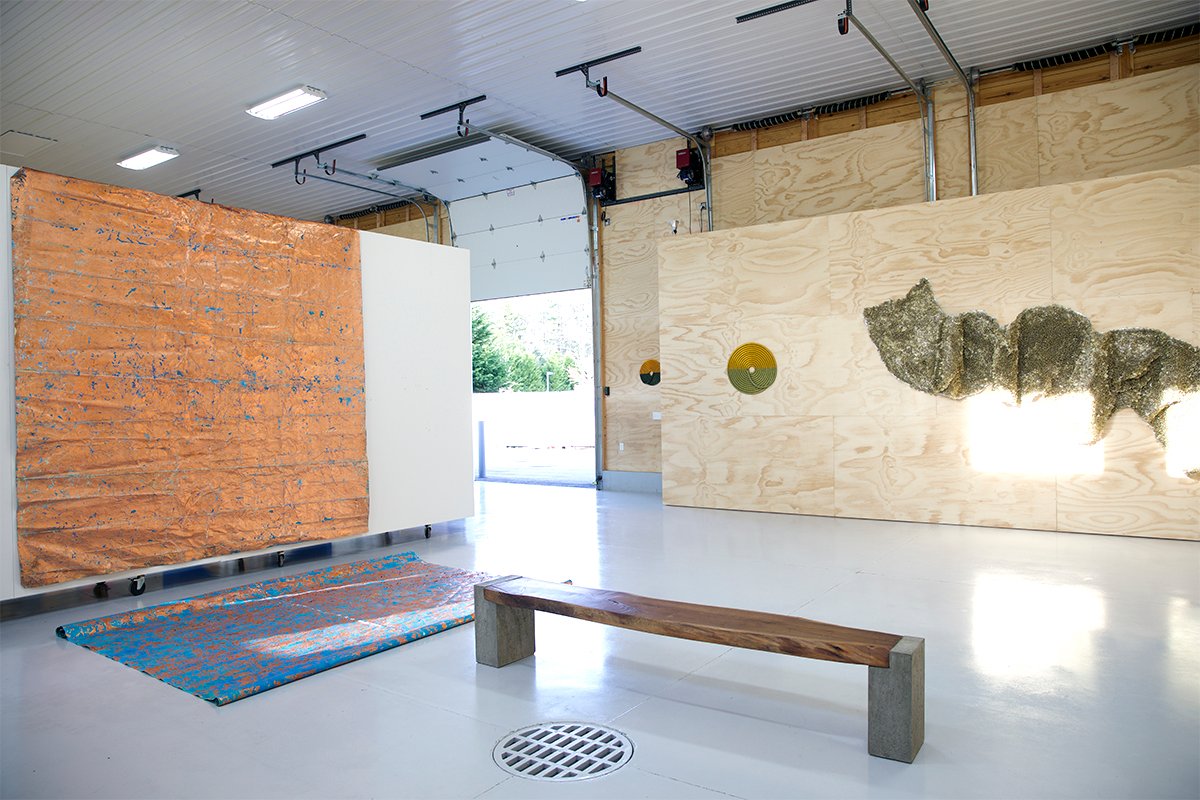 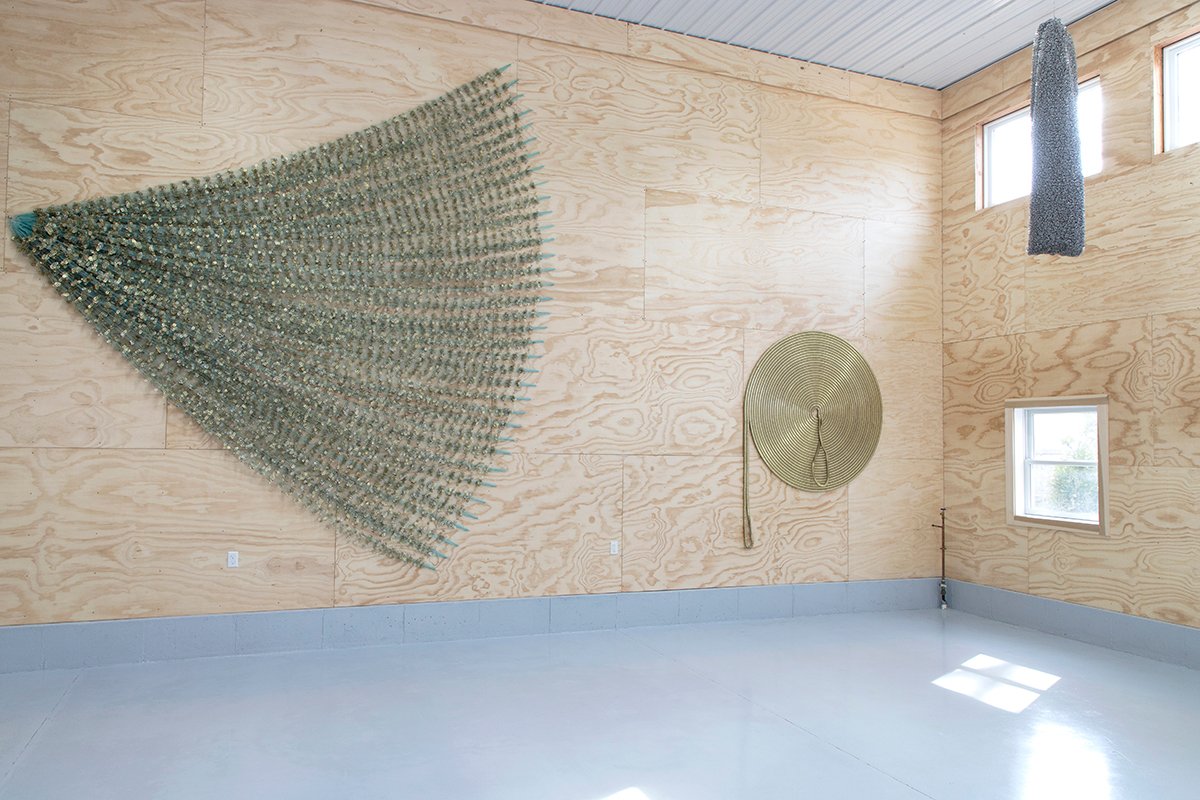 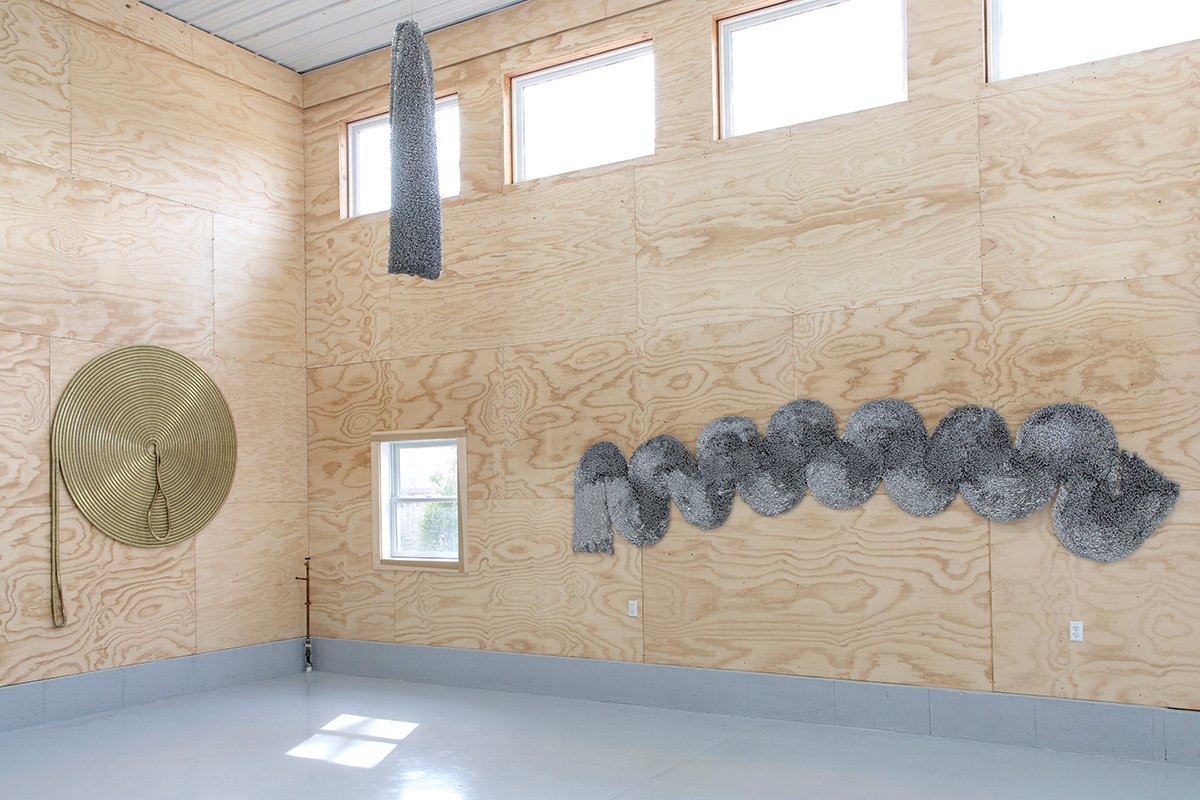 Wainscott, NY – Tripoli Gallery is pleased to present Surge, a solo exhibition with Alice Hope, the gallery’s first artist in residence of the new residency series in development. In celebration of Hope’s large-scale installation commissioned by Art in Embassies, the installation can be viewed only for the opening week of the exhibition before it is transported to its permanent home in the new U.S. Embassy lobby in Maputo, Mozambique. Featuring a selection of new sculptures related to the commission and works in progress related to her residency, the exhibition will be on view from March 14th to April 12th, 2020. An opening reception for the artist will be held on Saturday, March 14th, from 5 to 7pm at 26 Ardsley Road, Wainscott, NY 11975.

Combining a variety of found and industrial materials, Hope uses repetition, placement, and attachment to create compositions both precisely planned and organically evolved. Since finding 700 pounds of can tabs in a recycling bin, Hope has used them in her sculptures and installations stating, “in my work I focus on the used tab as a relic of consumption and as a token for redemption”.

For her U.S Embassy commission, Hope was influenced by the offshore local seine fisherman of Mozambique, choosing seine nets as her canvases onto which hundreds of thousands of used can tabs are individually knotted in a labor-intensive effort. Inspired by the moments in time when a school of fish changes its course, wavelike bands of can tabs arranged in swirling groups create a pattern and flow of directional shifts.

Alongside the commission, the exhibition includes works that explore marine netting both as canvas and as subject. In addition, Hope will be showing a new series of can tab spirals, that play with found marketed color. In this series, the can tab is hidden in plain sight. The cyclical quality of mass production and consumption is mirrored in the form of the spiral, beginning at and returning to its center.

Alice Hope (b. 1966, Hong Kong) received an M.F.A. from Yale University, and shows at Ricco Maresca Gallery in Manhattan. She has exhibited since the late 1980s and was named 2018 “Woman to Watch” for New York by the National Museum of Women in the Arts. Hope has created numerous public and residential commissions, among them a large-scale magnetic installation, “Under the Radar”, in 2012 at Camp Hero State Park in Montauk, NY for the Parrish Art Museum. In 2013, Hope was commissioned by the Armory Show Project to create two public works, and she inaugurated WNYC Greene Space’s new lobby with an installation of neodymium magnets. She was an artist in residence at the Museum of Art and Design from 2014-15, and then built a six-month site-specific installation outside the Queens Museum with more than a million used can tabs. In 2018, she had a one person show at Guild Hall in East Hampton, NY, and the National Museum of Women in the Arts in Washington had three of her installations on view. In 2019, she was commissioned by Art in Embassies to build an installation for the new U.S. Embassy lobby in Maputo, Mozambique that will be installed in 2020, and in Fall 2020 she is showing at Ricco Maresca. Surge is Hope’s first exhibition with Tripoli Gallery. She lives and works in East Hampton, NY. 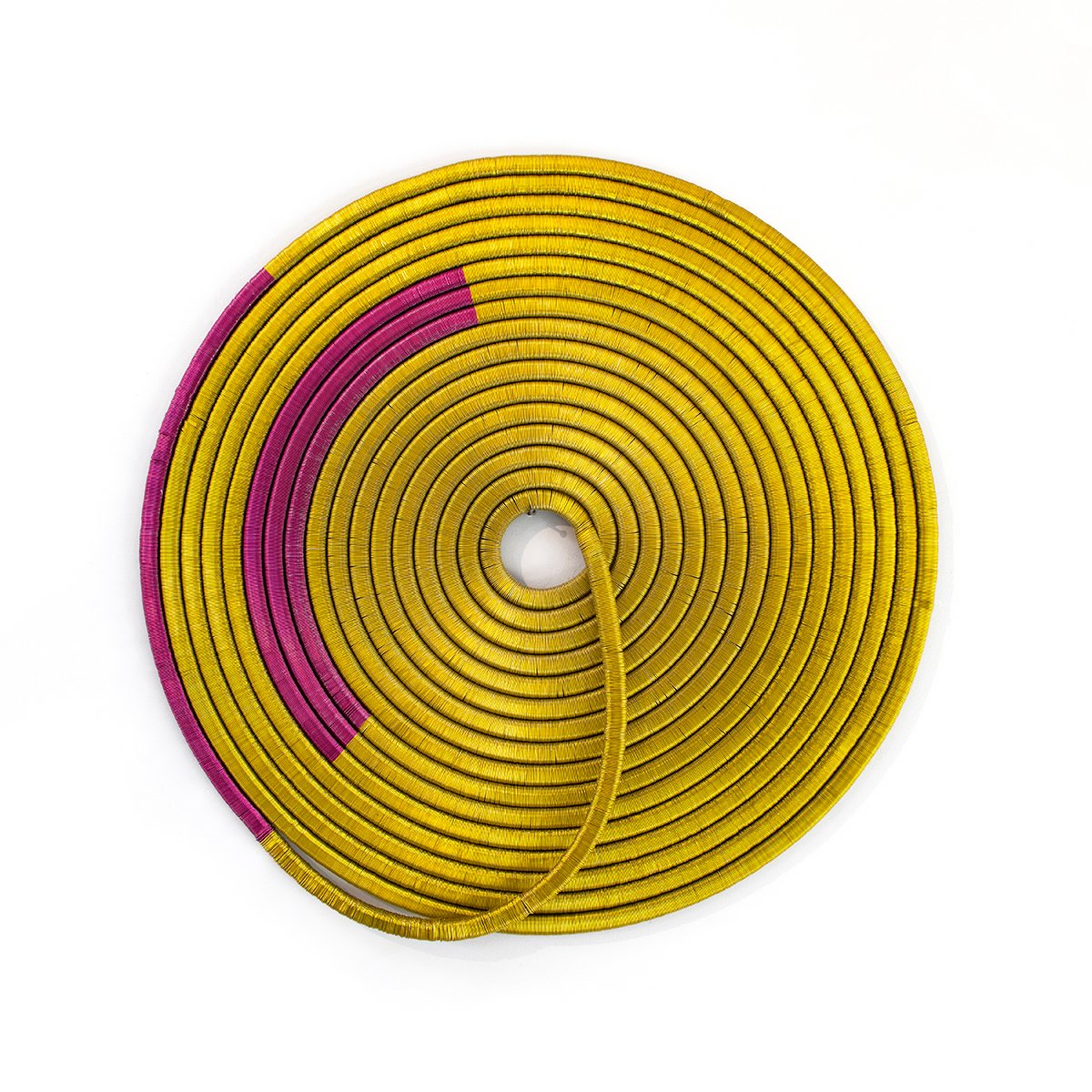 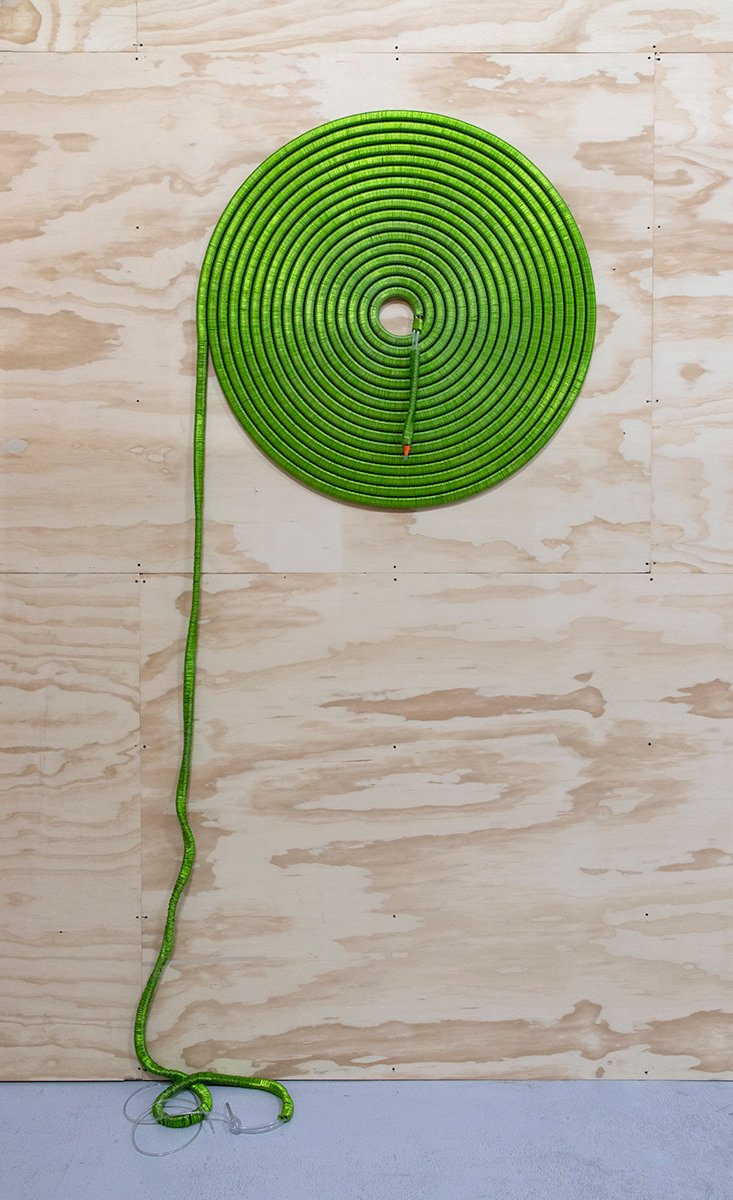 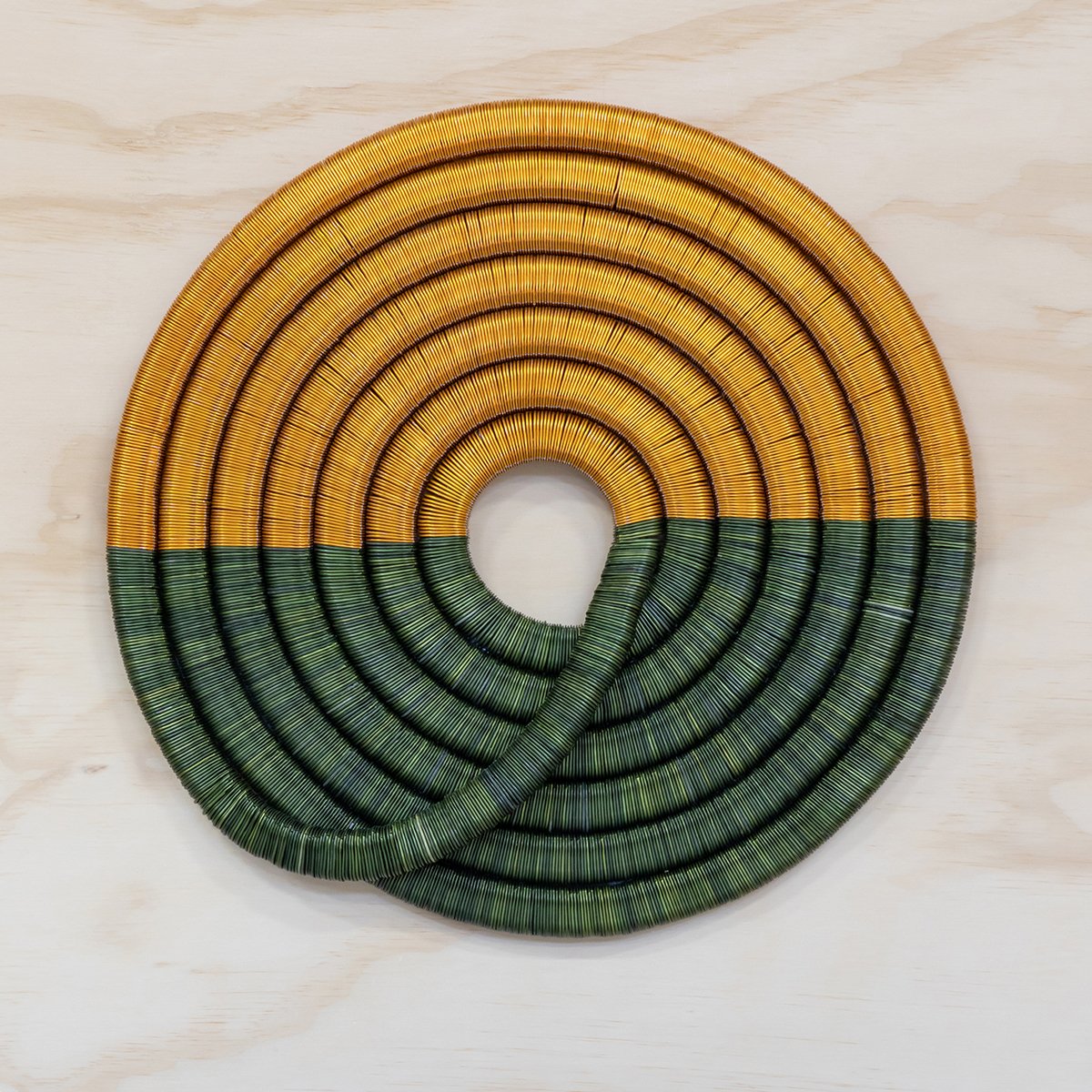 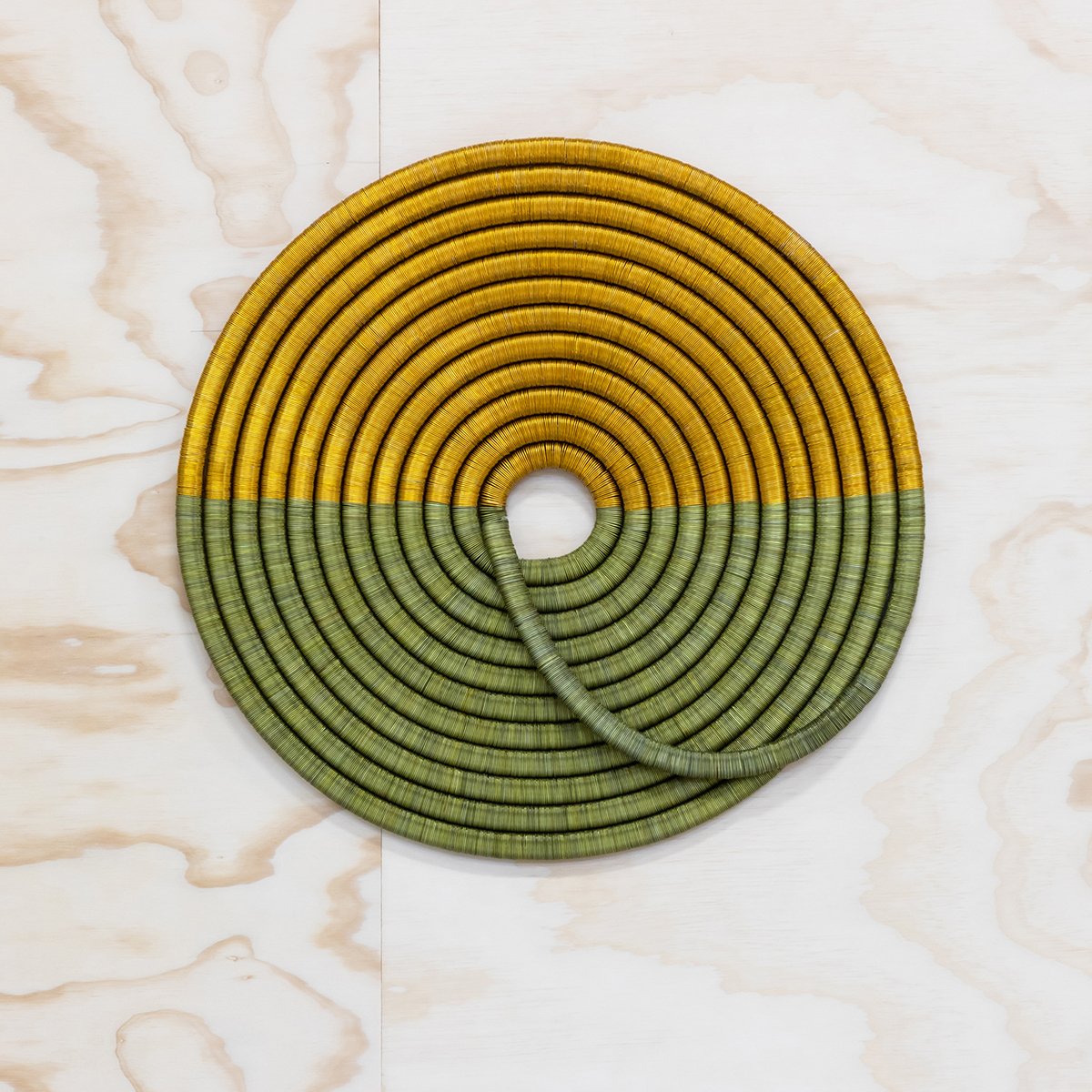 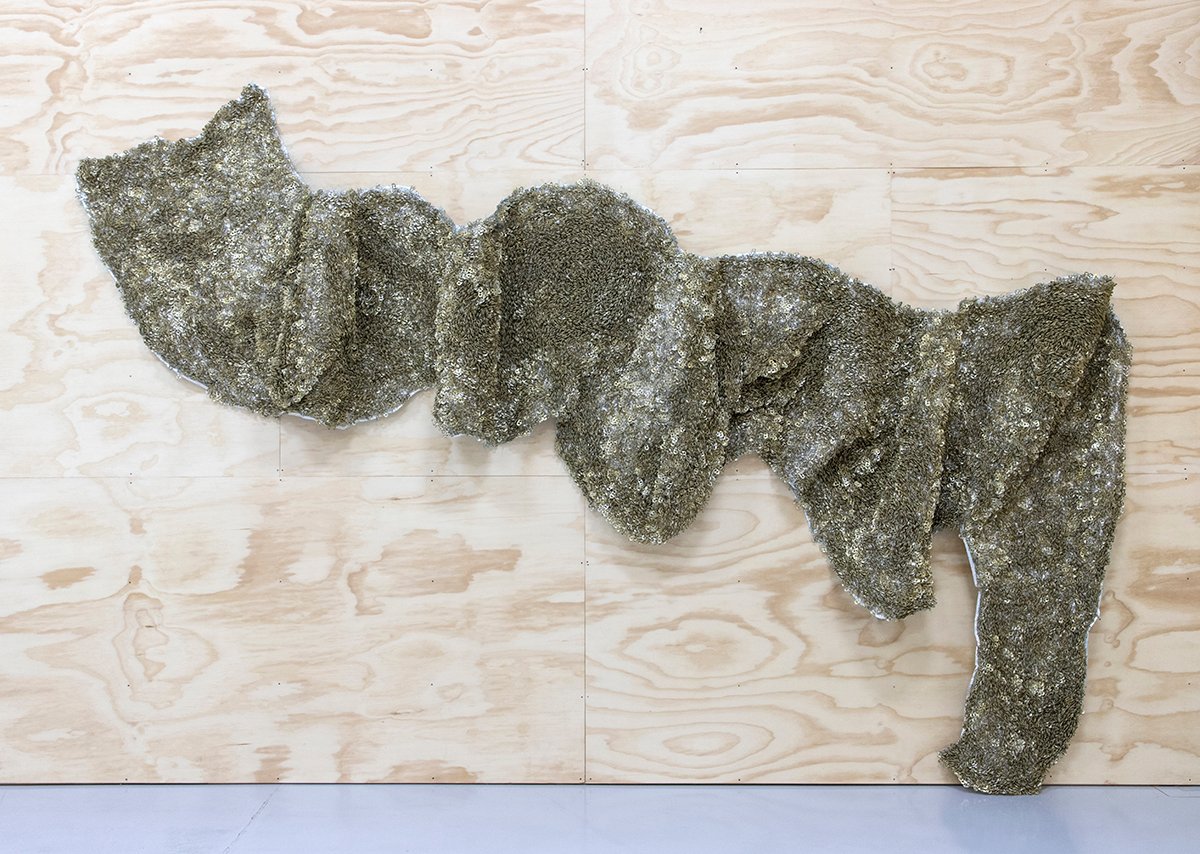 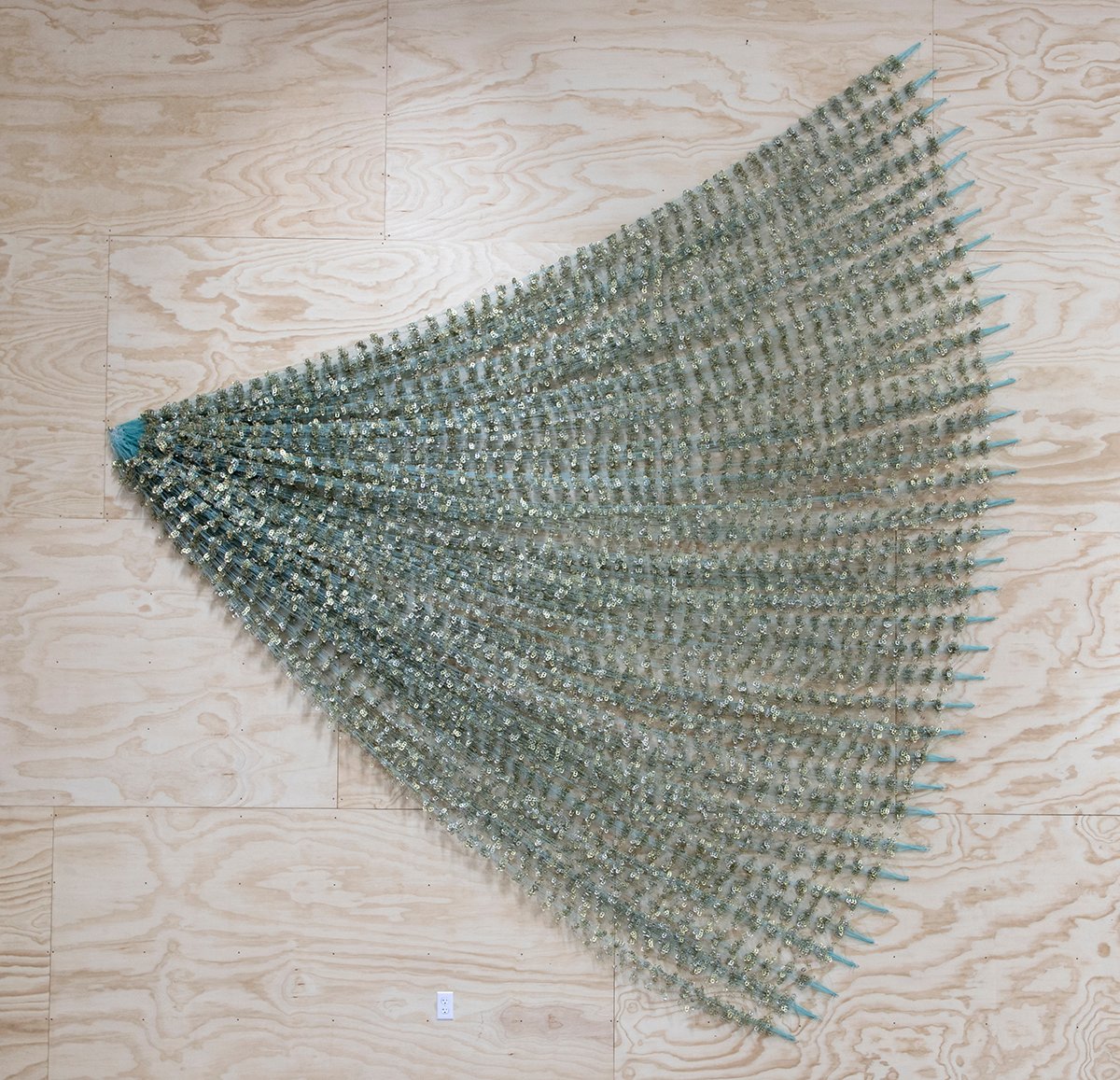 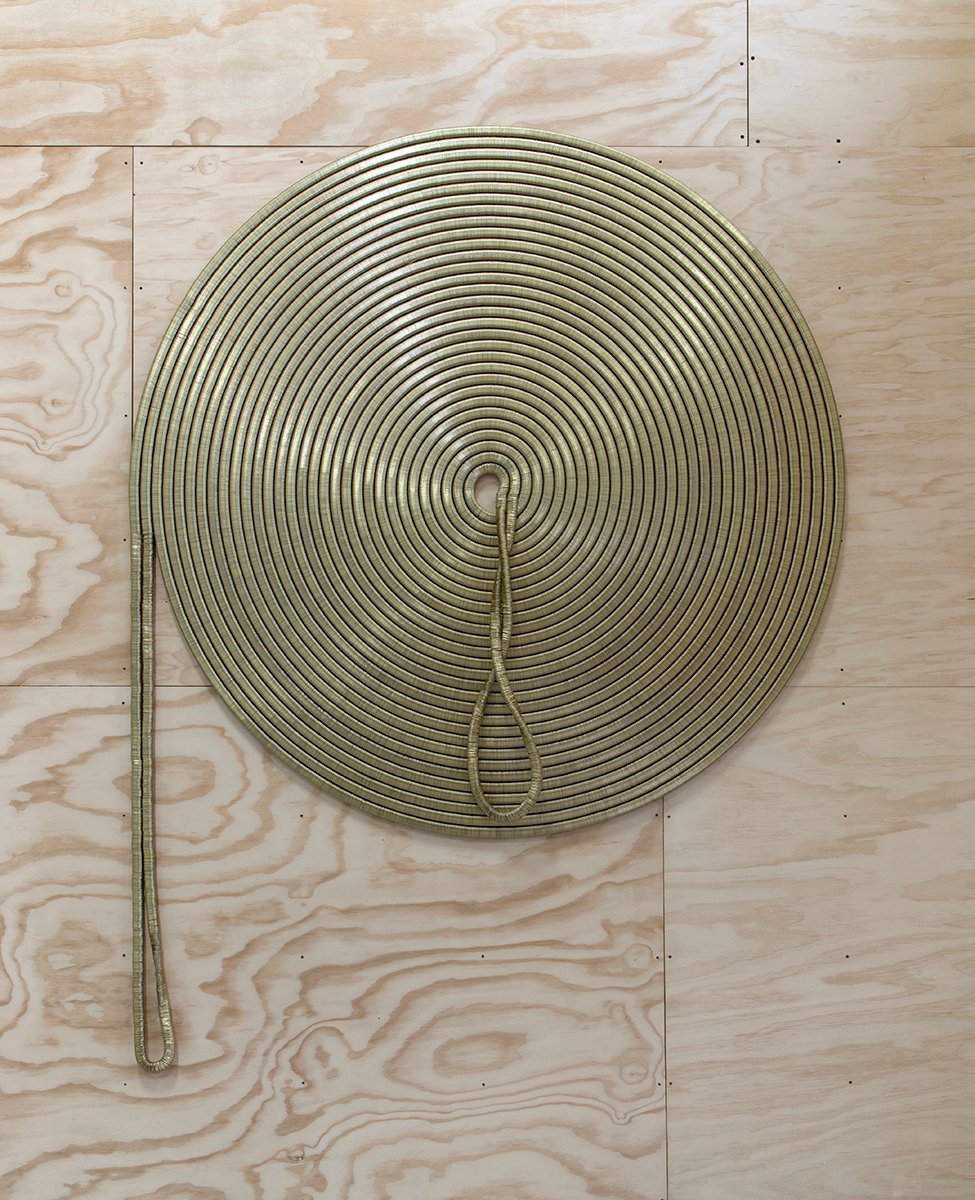