Montauk, NY – Tripoli Gallery is pleased to present Below the Storm, a pop-up exhibition with East End artist Miles Partington. To coincide with this year’s exhibit at the Montauk Oceans Institute, Laws Not Jaws, Partington has created a series of new works illustrating animals ranging from sharks to land mammals, reptiles, and birds. A selection of these works will remain on view at the Montauk Oceans Institute from September 1st through October 1st, 2019, with an opening reception for the artist on Sunday, September 1st from 6 to 8pm, in the Montauk Oceans Institute Foghorn Building, 2000 Montauk Highway, Montauk, NY 11954. The opening will also feature poetry readings in solidarity of our oceans by artists and poets, Max Blagg, Kathy Engel, Benjamin Keating, Ella Snow, and Liam Stegman.

Tripoli Gallery and Miles Partington have continued their involvement with the Montauk Oceans Institute in this year’s exhibit, Laws Not Jaws, which explores the illegal practice of shark finning that is decimating shark populations and affecting the ecosystem of our world’s oceans. The Montauk Lighthouse embodies many of the original reasons for the popularity of Montauk, its ocean and fishing cultures. From the first artists who recognized the magnetism of the location to today’s visitors, Montauk’s natural landscape of hills and cliffs, its surrounding waters and its animal inhabitants, remain the enduring attractions to be preserved in life and through art.

Miles Partington’s solo exhibition, Below the Storm, features artworks that use wood as their primary medium. In the form of two-dimensional cutouts, painted sculptures illustrate the profiles of animals placed in their natural environments, as well as in human constructed settings. Brought inside from their usual habitats, an alligator swims in the bathtub and a shark rests on the couch. The misconception of these creatures as intentionally menacing is negated by the everyday human furniture to which they are seamlessly affixed. Partington also continues his use of the diorama to create layered vignettes. Sitting in the Morning illustrates scenes of animals living in neighboring sections of the artwork. In one window there is a solitary buck, next door two cats sit at a table in a clever mimic of human behavior while below, a trail of terns fly by the sun; the natural and domestic worlds coexist in harmony.

Miles Partington (b. 1982, Southampton, NY) grew up on the East End, surrounded by art from a young age. He graduated from SUNY New Paltz in 2005 and interned for sculptor William King in 1996. In 2018, Partington’s first solo exhibition with Tripoli Gallery, Where, where is the town, showcased the span of his work up to the present time. Later in 2018, Partington painted a mural on the floor of the Montauk Oceans Institute representing the 450 North Atlantic Right Whales remaining at that time for their exhibit, Save the Right Whale. Exhibitions in 2017 include Take Me Where Real Animals Are Playing at Art Space 98, as well as Motion Art Show at Ashawagh Hall, both in East Hampton. In 2016, Partington was included in East End Collected 2 at the Southampton Arts Center, as well as UnCommon at Ashawagh Hall, where he was a featured artist. He has exhibited with Tripoli Gallery since 2012. Partington currently lives and works in Southampton, New York. 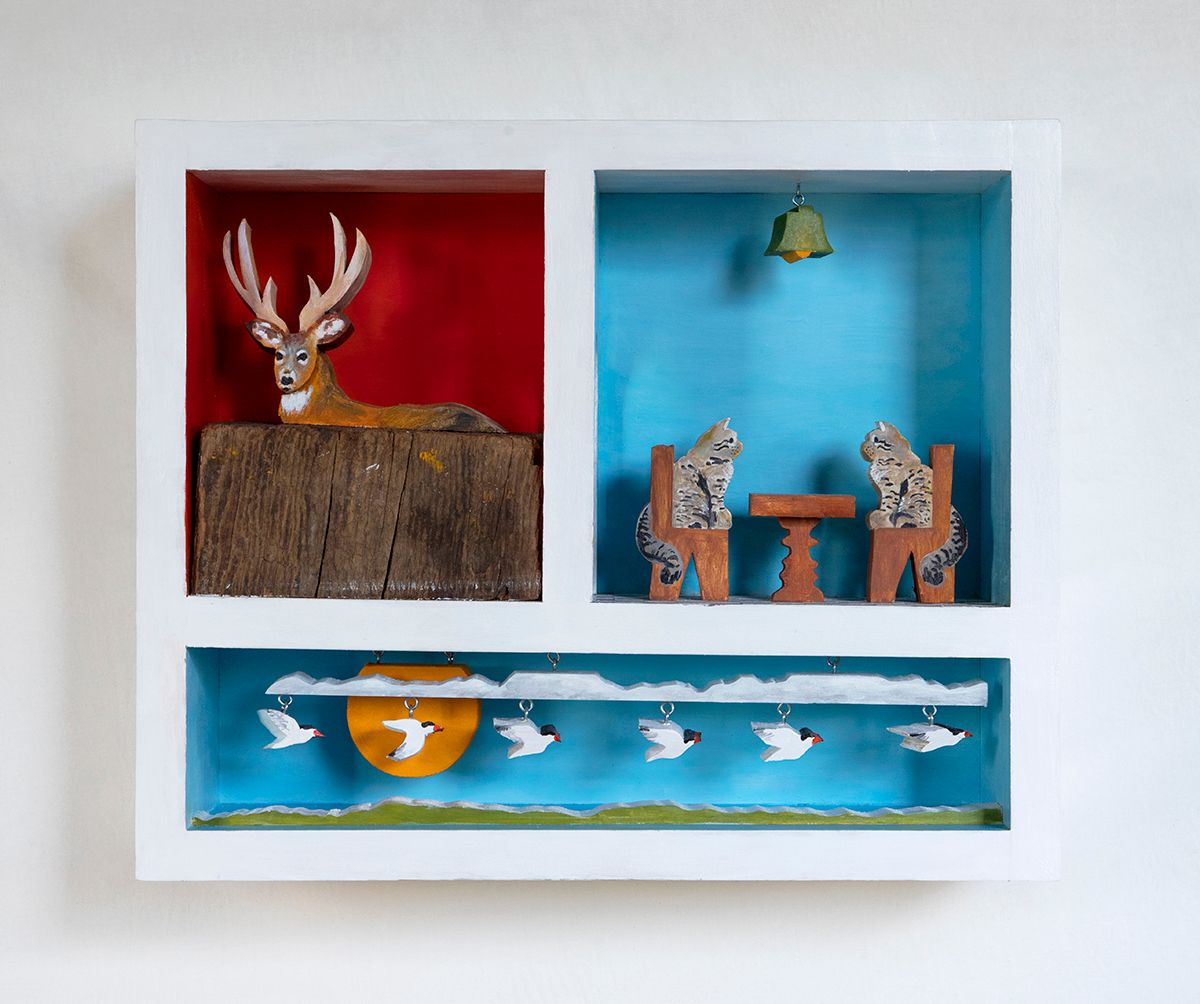 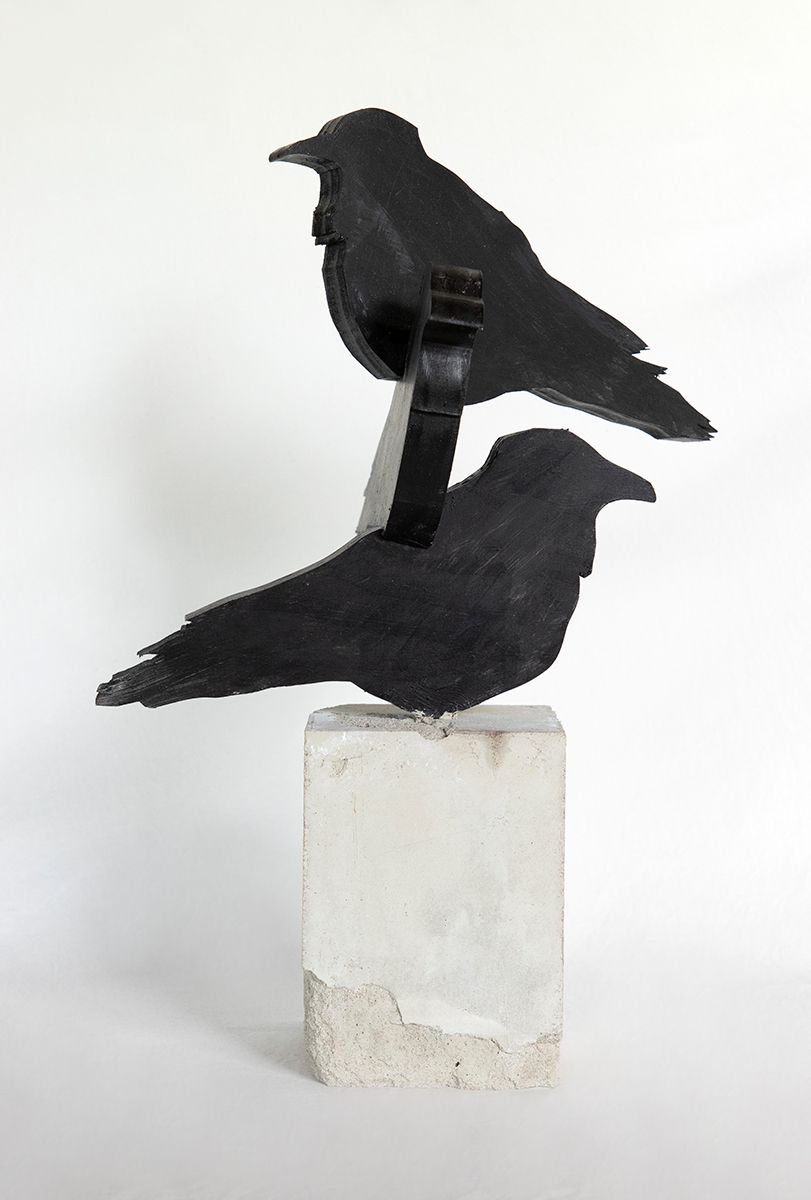 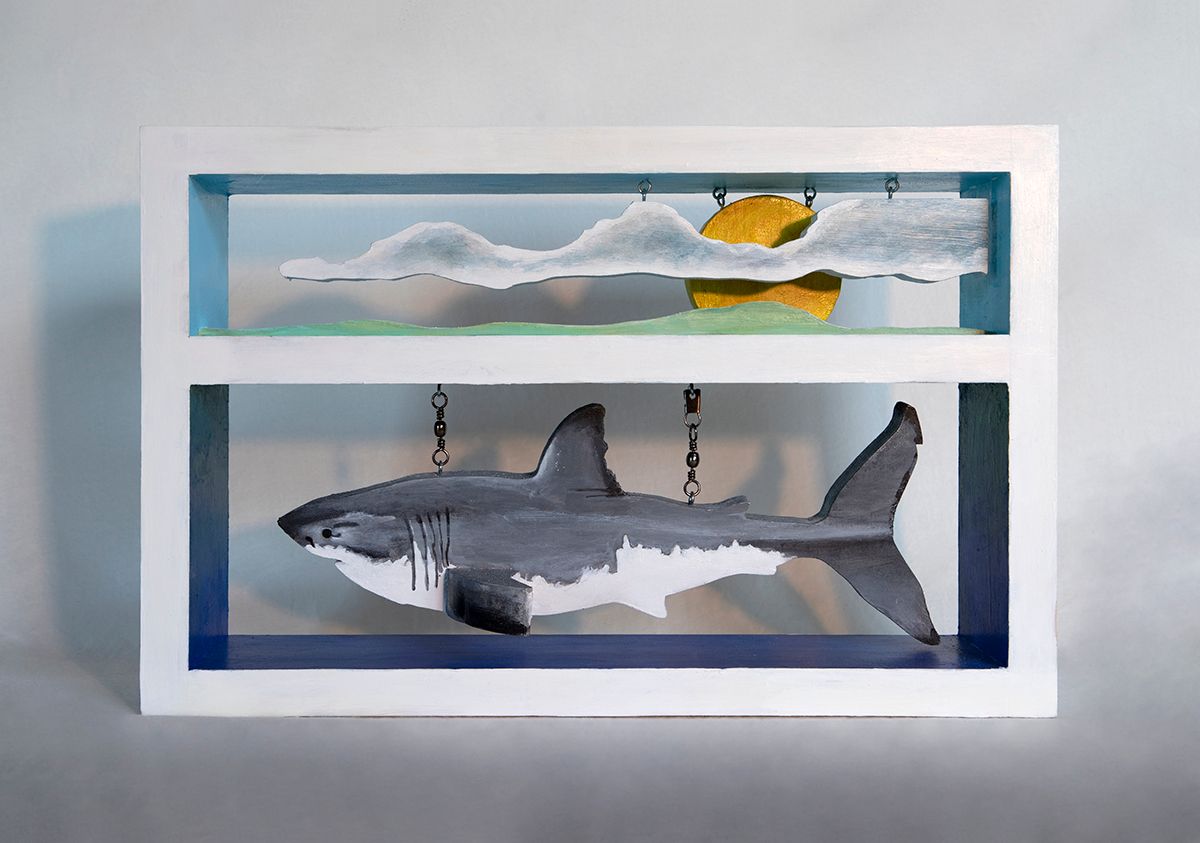 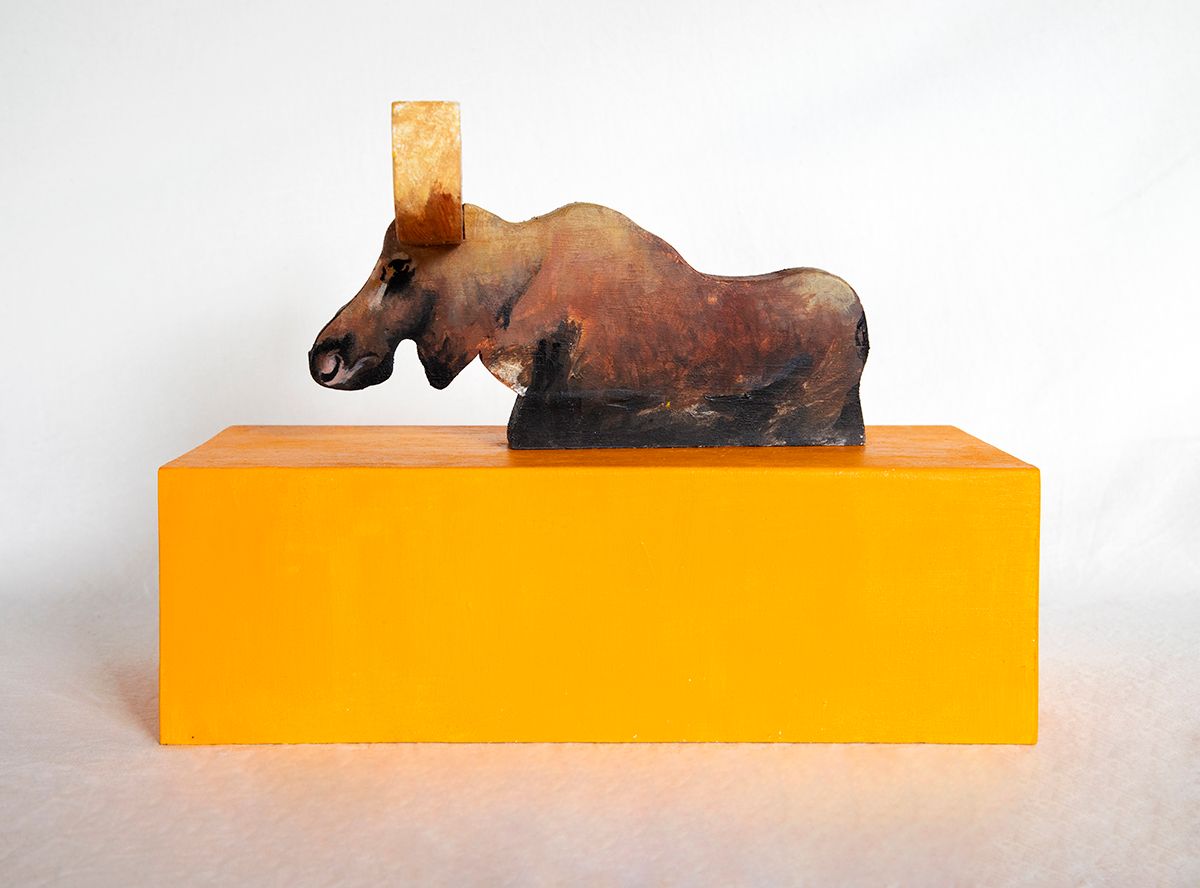 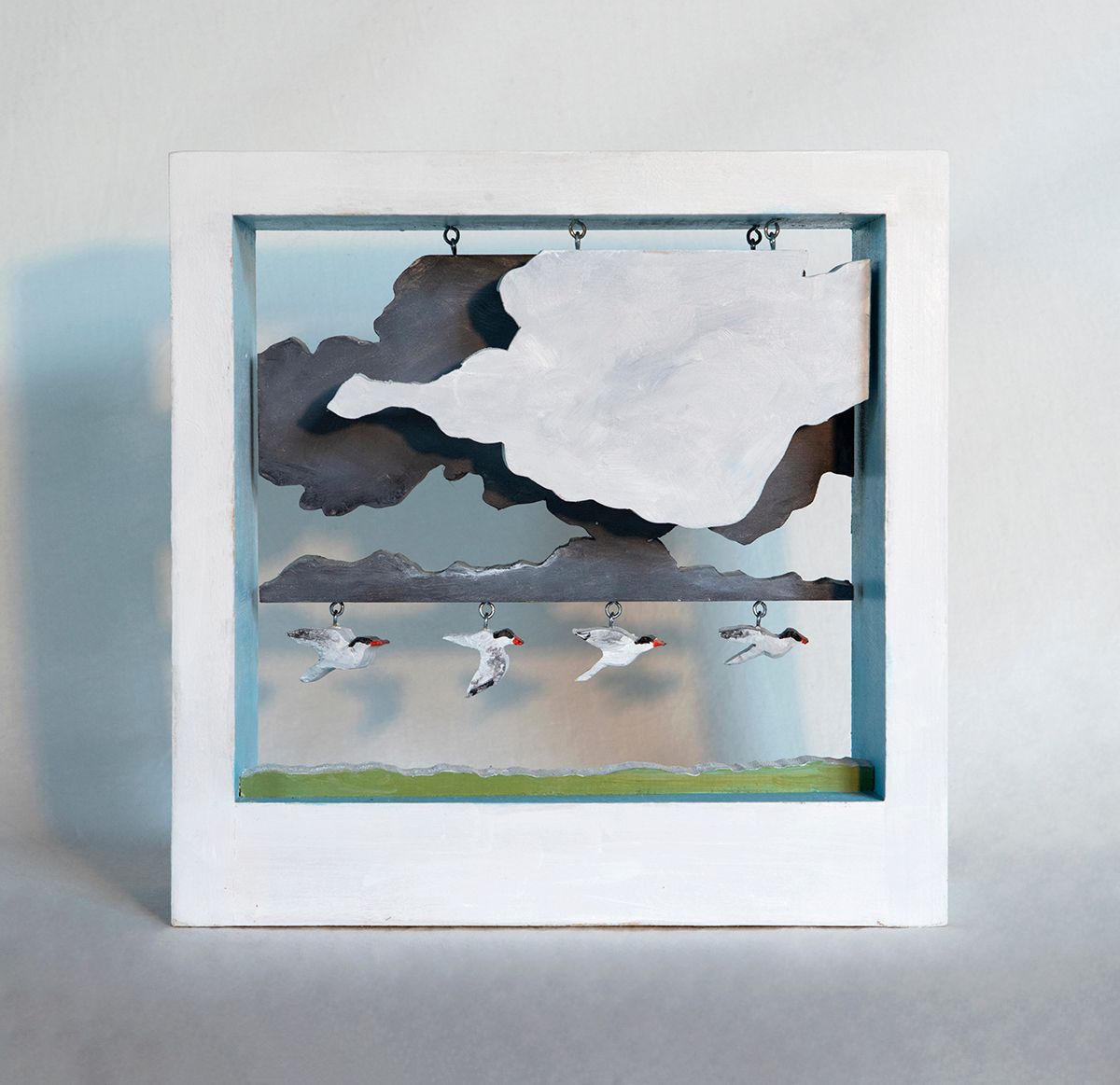 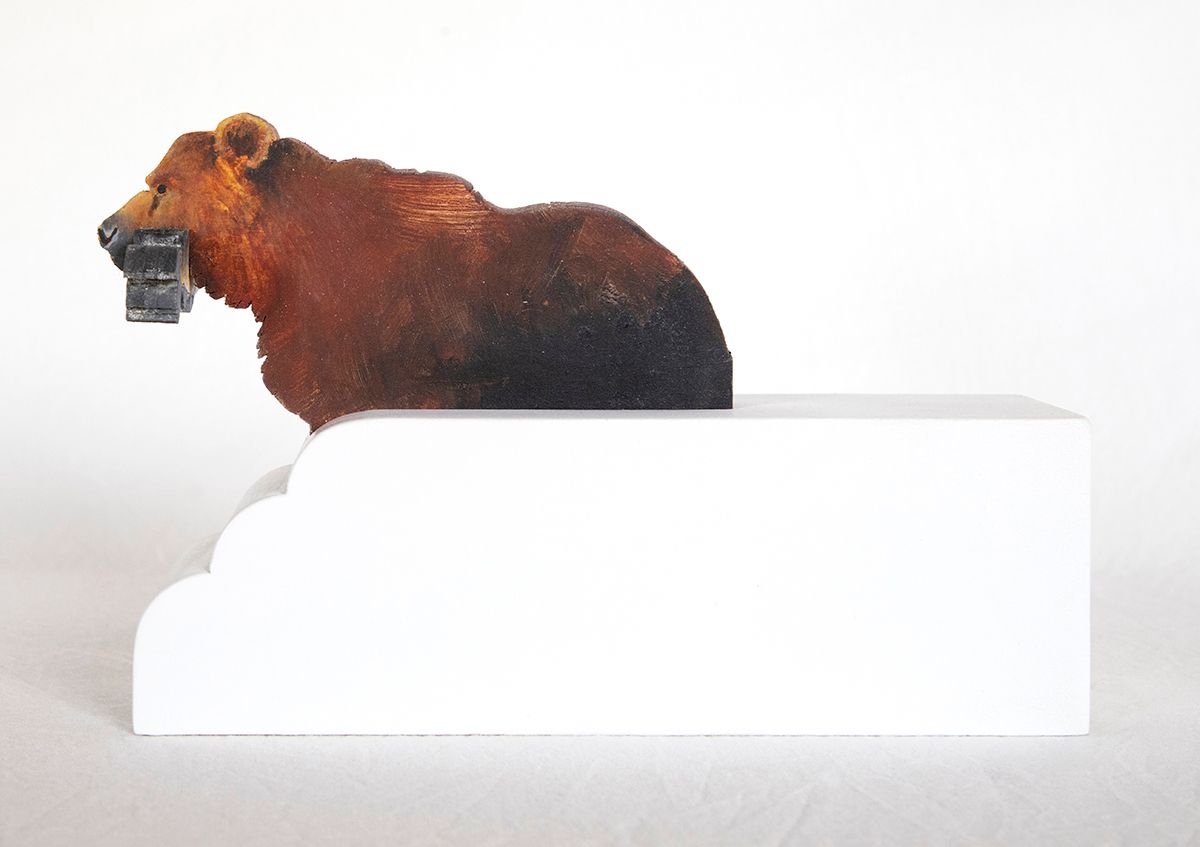 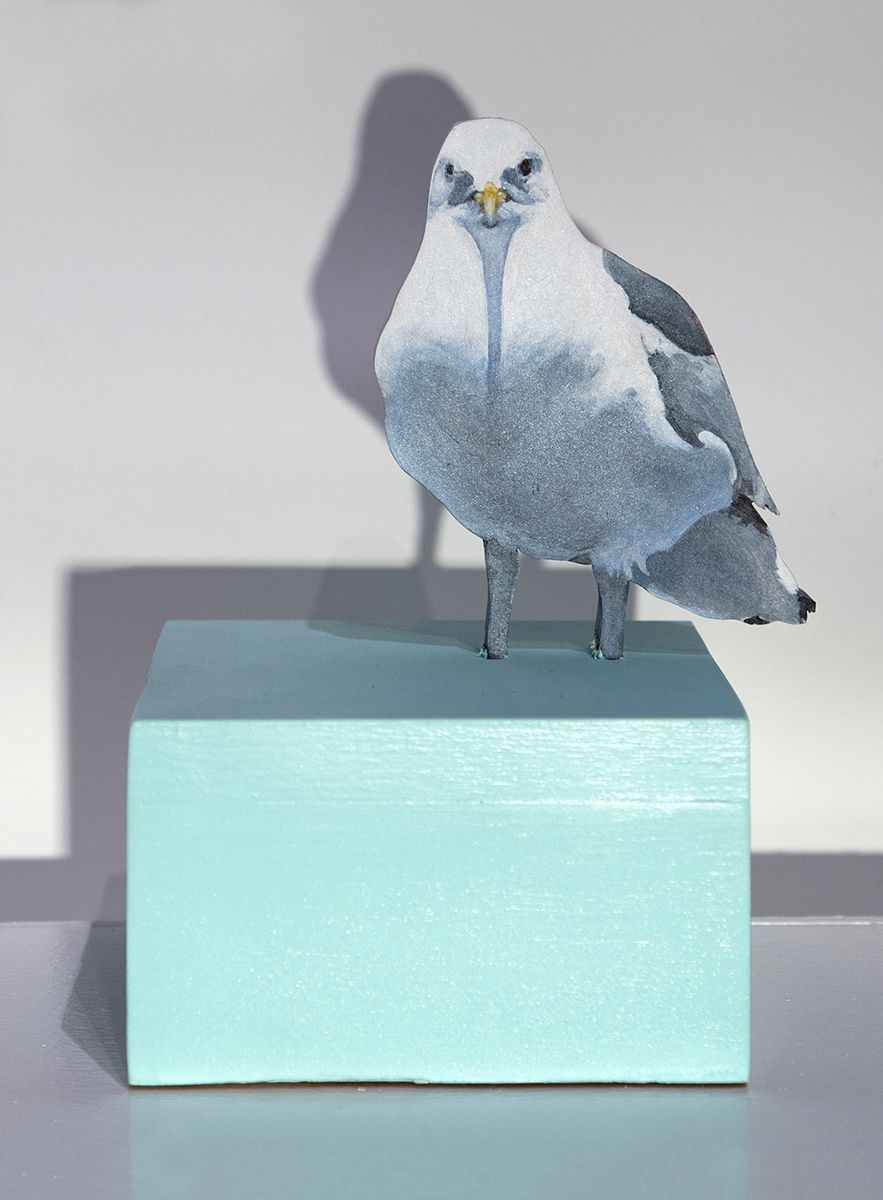 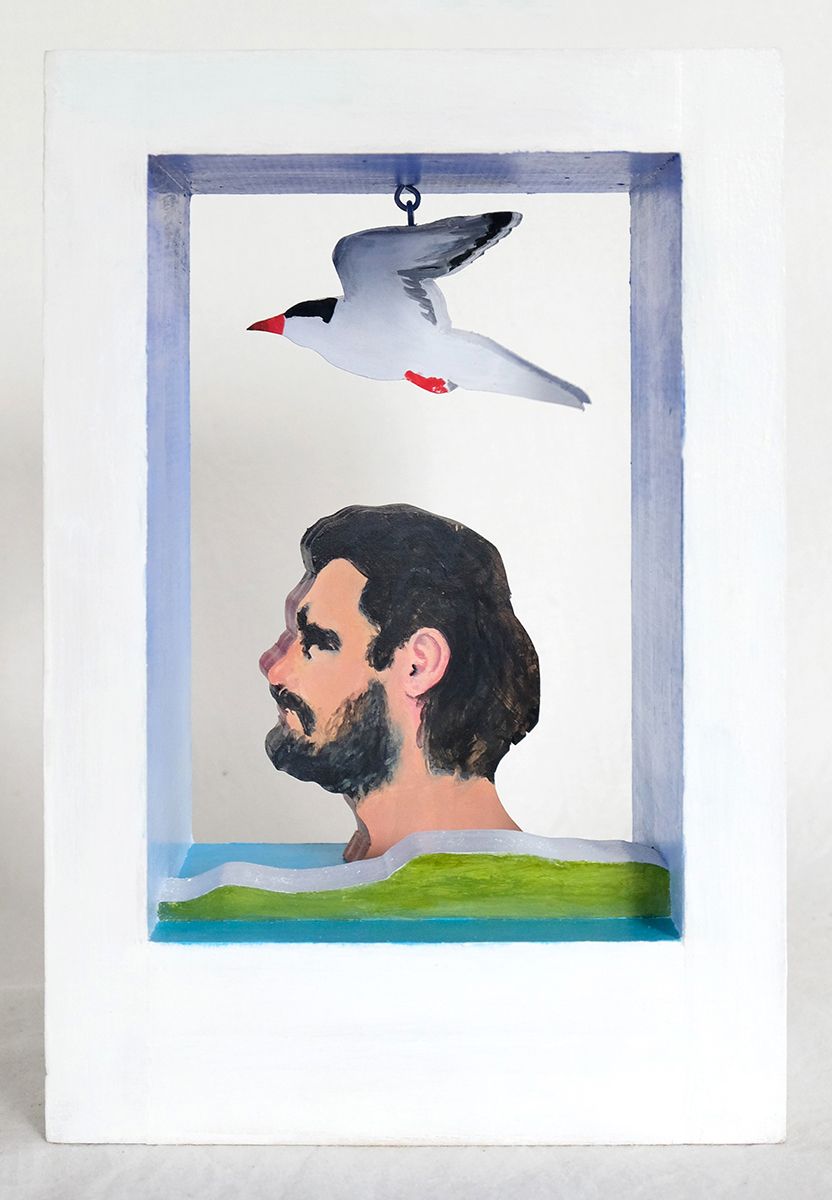