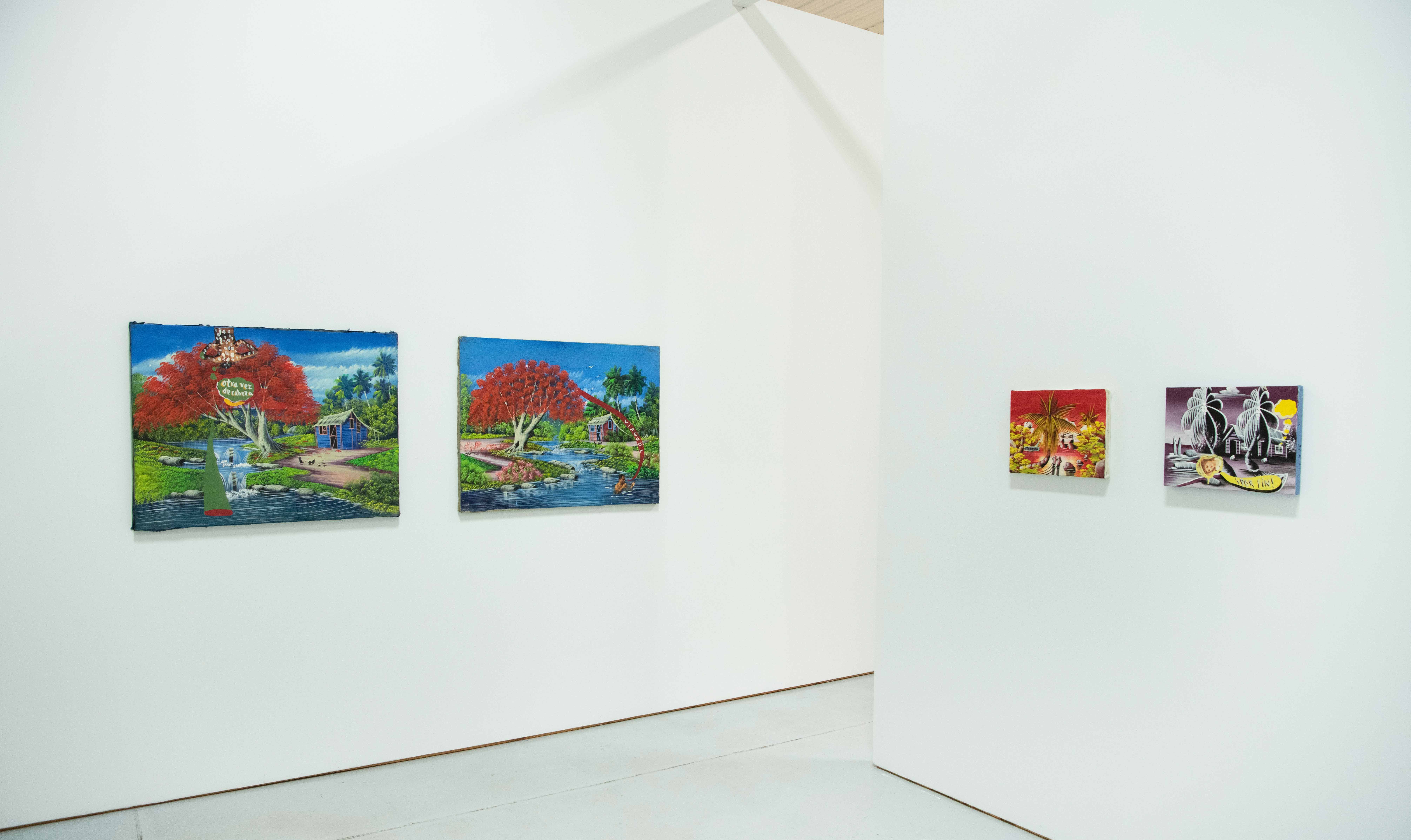 “I have never listened to anyone who criticized my taste in space travel, sideshows or gorillas. When this occurs, I pack up my dinosaurs and leave the room.” ~ Ray Bradbury

Weird Tales, based on a painting of the same name, features work made mostly in the last two years, with a few paintings from 2014 and 2018 respectively. Vargas has spent most of his life living and working in Puerto Rico. As a child in the 1970s he became fascinated with paranormal and other worldly occurrences, specifically UFO sightings. He noted that science-fiction can fall into place as a metaphor for life, a way to communicate the personal and collective experience, in this instance, specifically regarding colonialism and politics. Vargas is interested in metaphorical dimensions and how to make people more empathetic. A storyteller at heart, he is looking for “an angle as an entry point to enter the mind of the viewer and the collector.”

Vargas works in mostly large-scale format using oil paint on canvas. He looks towards the concept of a banner as a way to communicate information, utilizing recognizable human forms, text, flowers, and pulp science fiction magazines from the 1940s to the 1970s. Setting out with the task (even if not clearly stated) to dissect the relationship of American culture and how it was perceived in Puerto Rico and the rest of the world.

Science fiction is a fascinating genre. Someone might look back at the pop magazines that he mentions being influenced by, or films such as 2001 A Space Odyssey or TV shows like Star Trek and discover that sci-fi is appealing because contained in the multi-levels of fantasy are also layers of truth. It’s this hidden truth that sparks one to question what actually is and what might be. In this way Vargas has come up with his own visual language. Many of his didactics might not immediately be read as sci-fi or fantasy but, behind each marked gesture is an anecdotal complexity all his own.

In Triangle, Horizon, and To D.W., all works from 2020, a floating, inverted bust/body is the central focus of the canvas. Vargas uses this representation as a way to portray alien abduction, vulnerability, emotional impulse, and politics. He sees art as a useful tool for emotional release and while certain elements are crystal clear others are fodder for interpretation and meaning. The painting To D.W., is a portrait in reference to David Waldorf who was one of the artists at the Living Museum. Vargas shared that it was and is a designated art space inside the psychiatric hospital and residence hall called Creedmoor in Queens, New York. He became fascinated with the Living Museum many years ago and art projects made by people living with mental illness and other challenges. Vargas equates a sense of purity with the art that the people in the museum are making. Titled the Living Museum because it focuses on a —very particular—contemporary experience, there is a crossover between Vargas’s practice and those who can’t communicate in a typical way but can communicate through drawing or painting. Truth can be found in unexpected places.

This is also the case with many of the paintings he has found or purchased made by Haitian artists that he then paints on top of. Vargas thinks of Haiti as “the spiritual lung” of the Caribbean and along with his desire to share the concept of otherworldliness, he also seeks strength and support by paying respect to the ancestral elders through spiritual means. “You don’t have to go too far to enter other realities through painting”, he told me recently over the phone. Whether these paintings, such as Loiza and ¿Y Ahora Qué?, both 2022, are in direct communication with the artist’s experience, or something beyond human comprehension, it is up to the viewer to decide… and as he stated earlier, in these Weird Tales, “there is nothing to finish.”

José Luis Vargas (b. 1965, Puerto Rico) received a BFA from Pratt Institute in New York City in 1988. In 1991 he was a resident at the Skowhegan School of Painting and Sculpture in Maine. In 1994 he received his master’s degree in painting from the Royal College of Art in London, where he studied alongside Chris Ofili and was an apprentice to Peter Doig, a tutor there at the time. In addition to Vargas’s work as a painter, he is a performance artist, teacher, community coordinator, and radio producer, integrating his work with community. His painting explores the supernatural along with cultural myths and symbols. A sense of humor often permeates his practice with the use of comic strip elements including speech bubbles and text. Vargas has exhibited internationally in London, Puerto Rico, and New York and his work is in the collections of the Museum of Art of Puerto Rico, San Juan, the Puerto Rico Museum of Contemporary Art, San Juan, and the Royal College of Art, London. He first exhibited with Tripoli Gallery in 2018 in the group exhibition, Night. Vargas currently lives and works in San Juan, Puerto Rico. 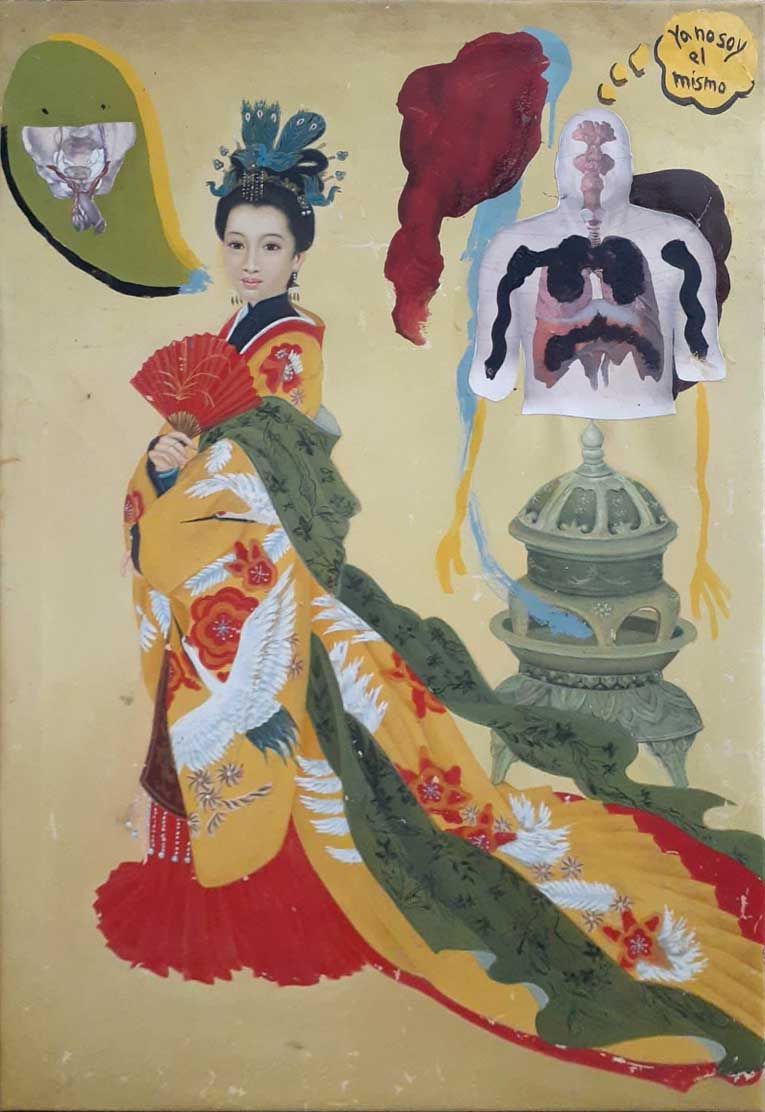 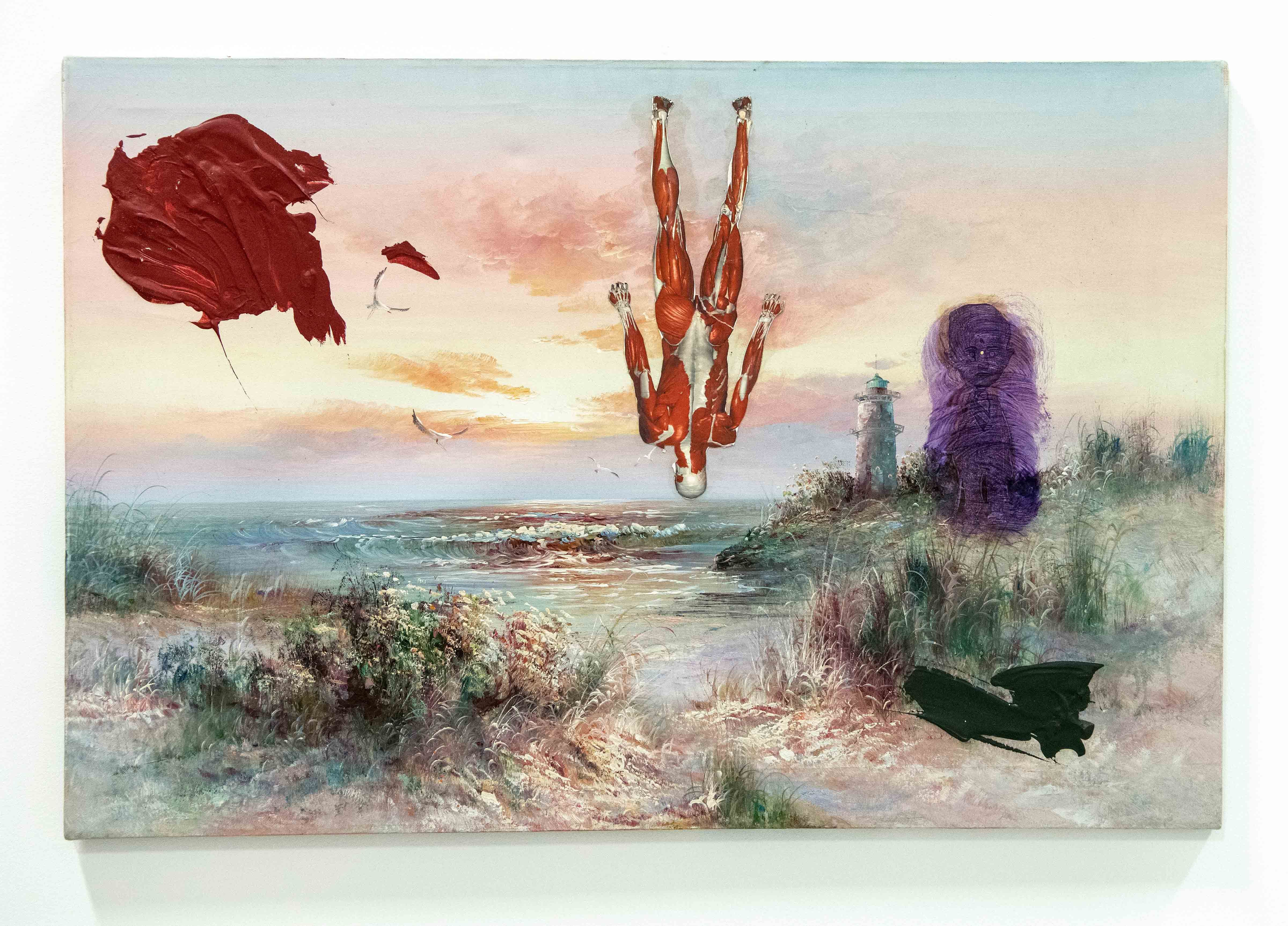 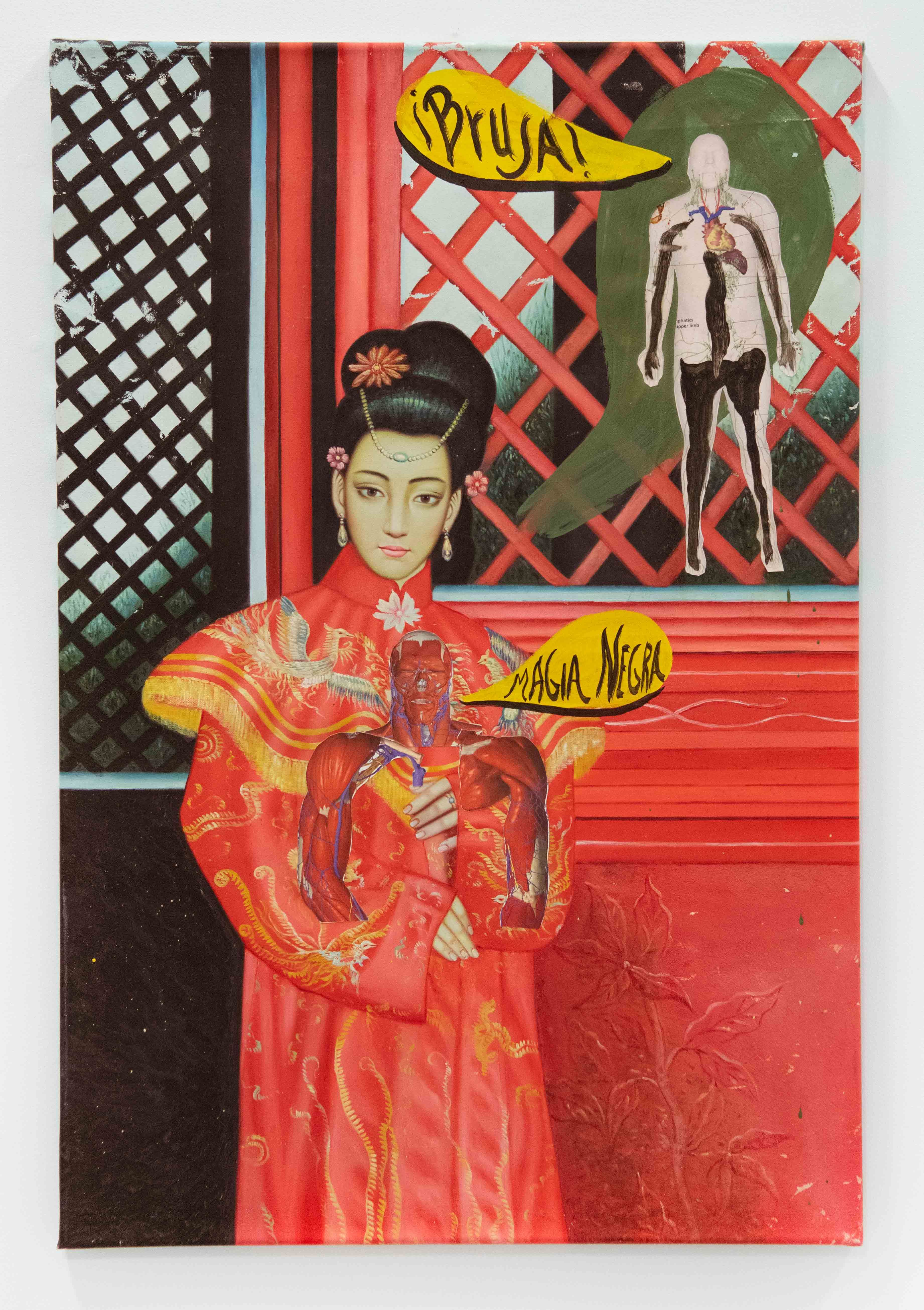 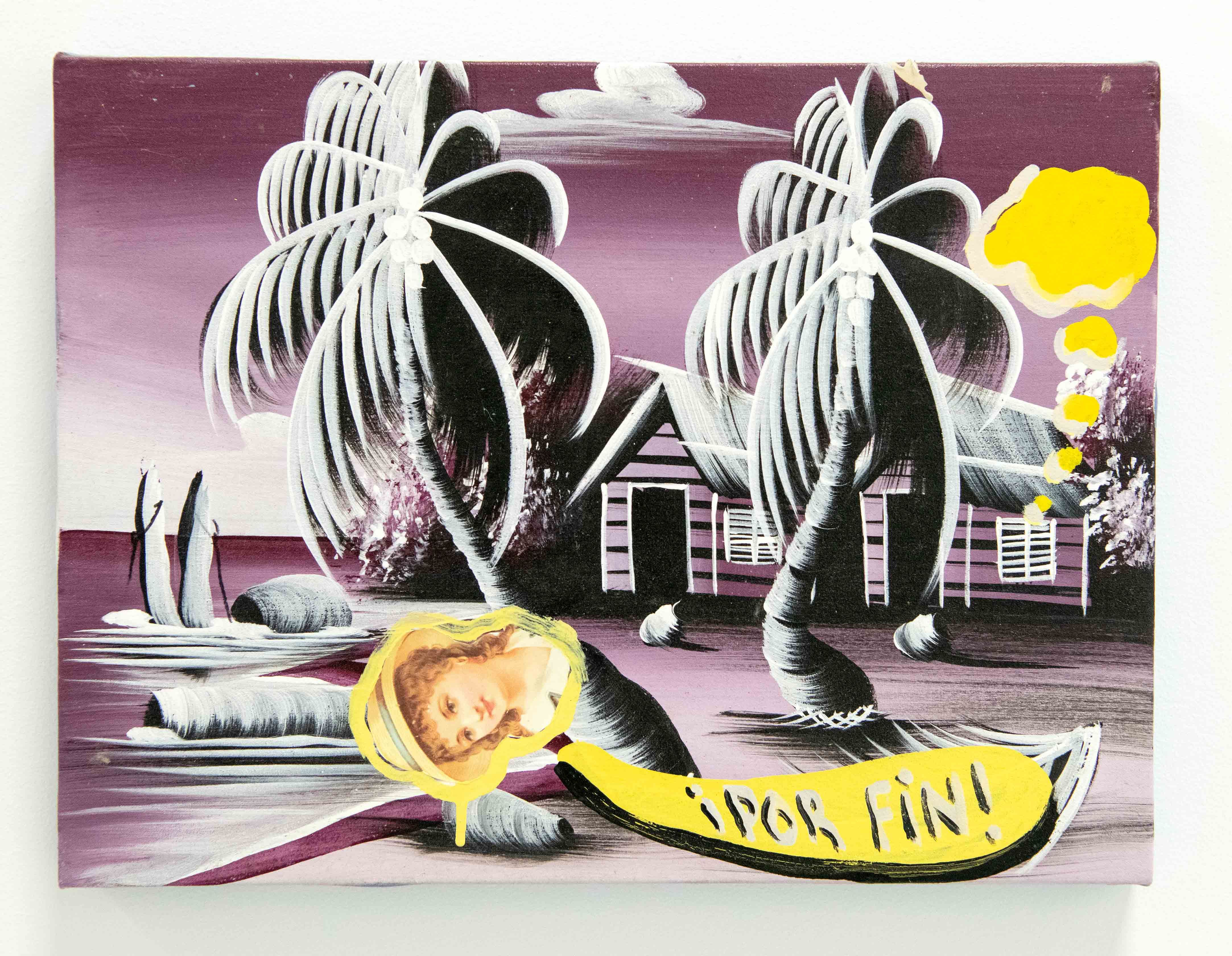 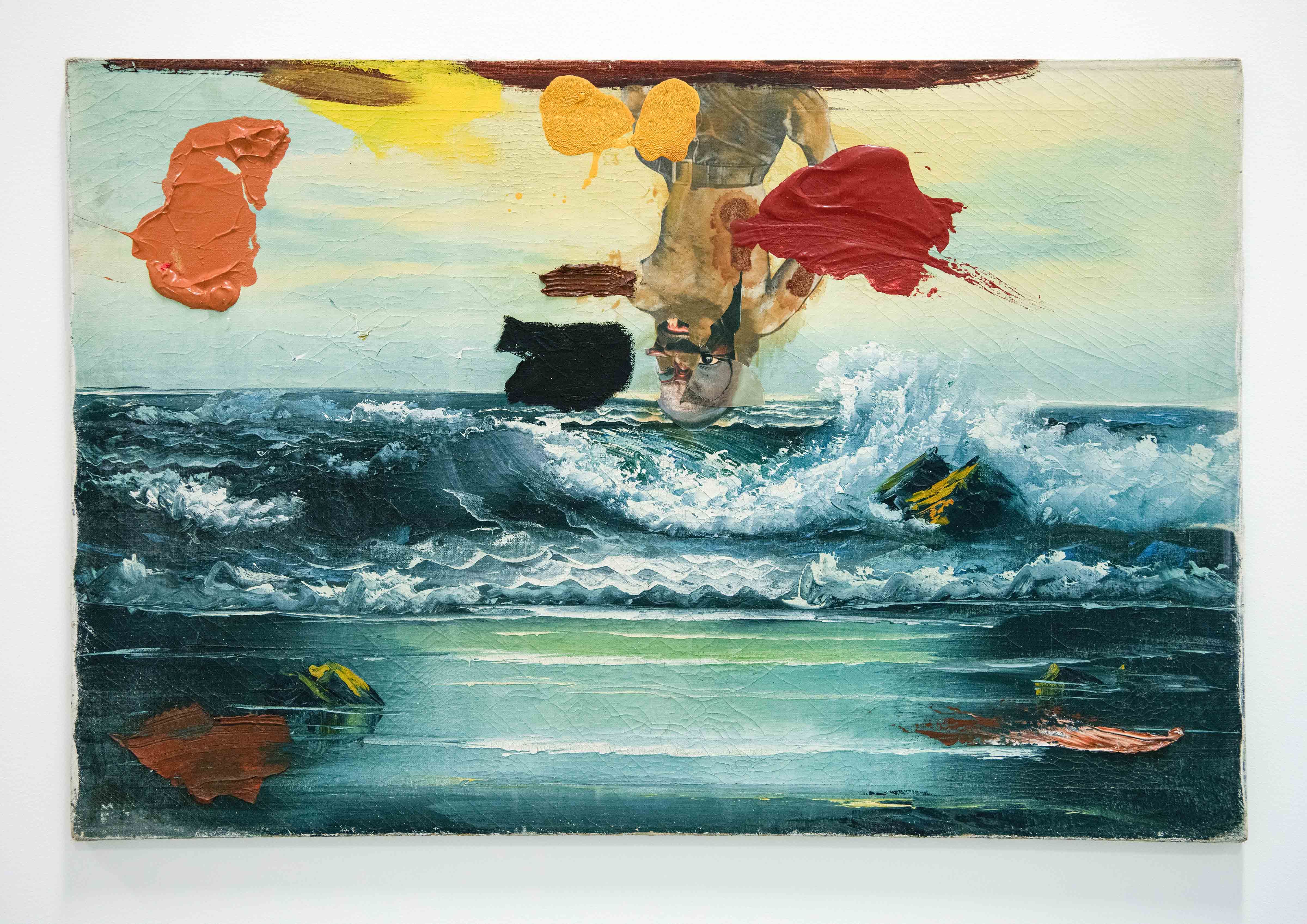 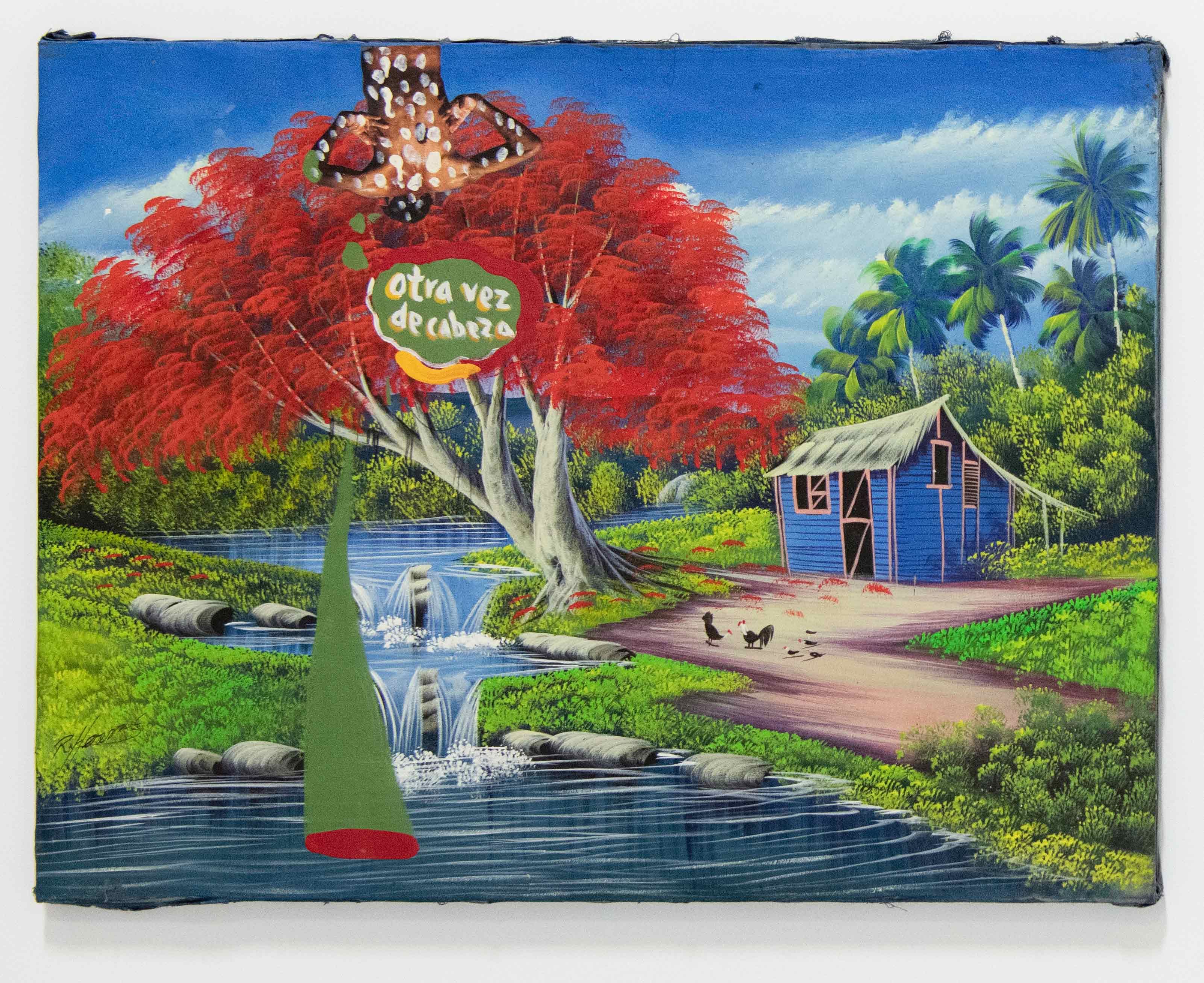 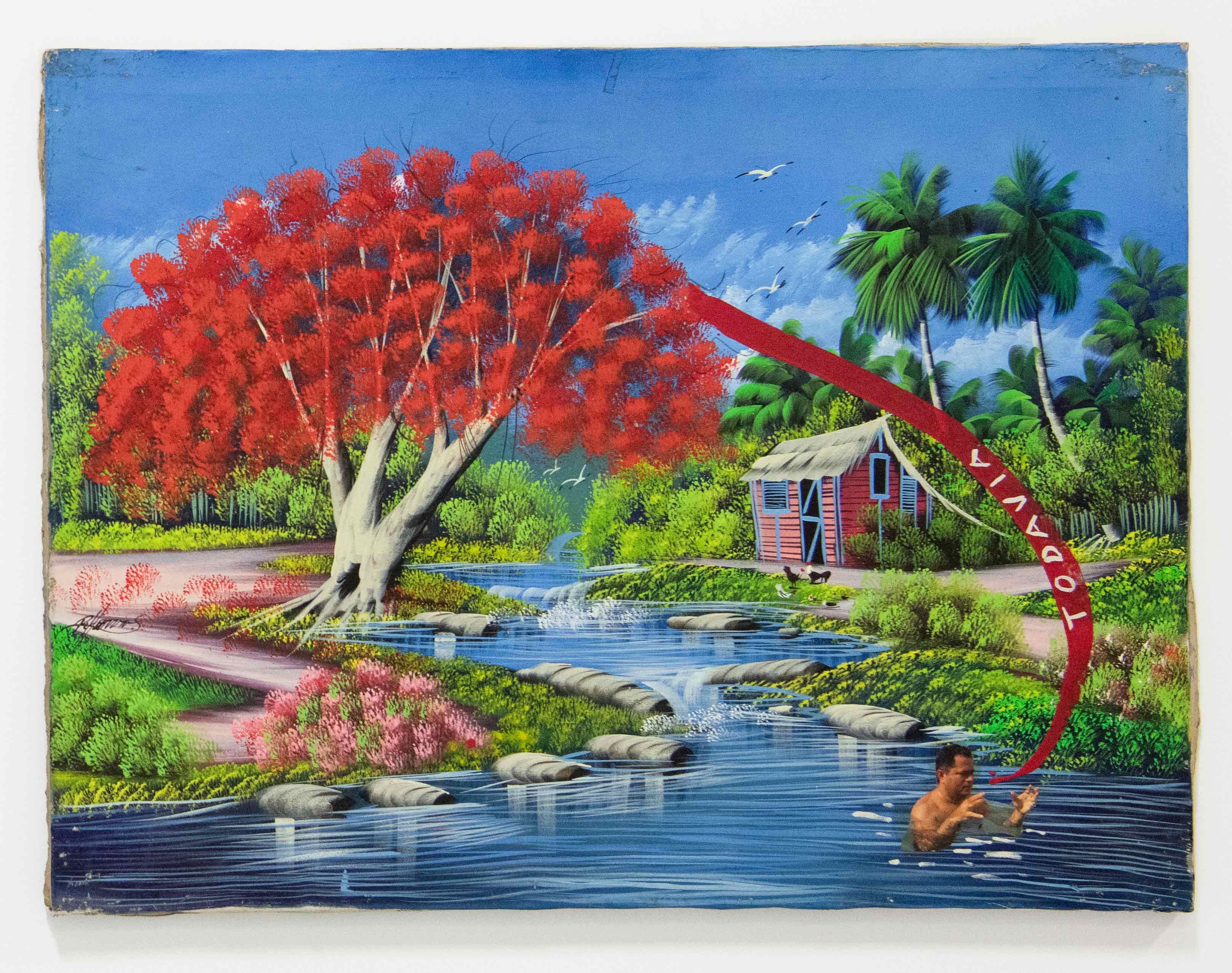 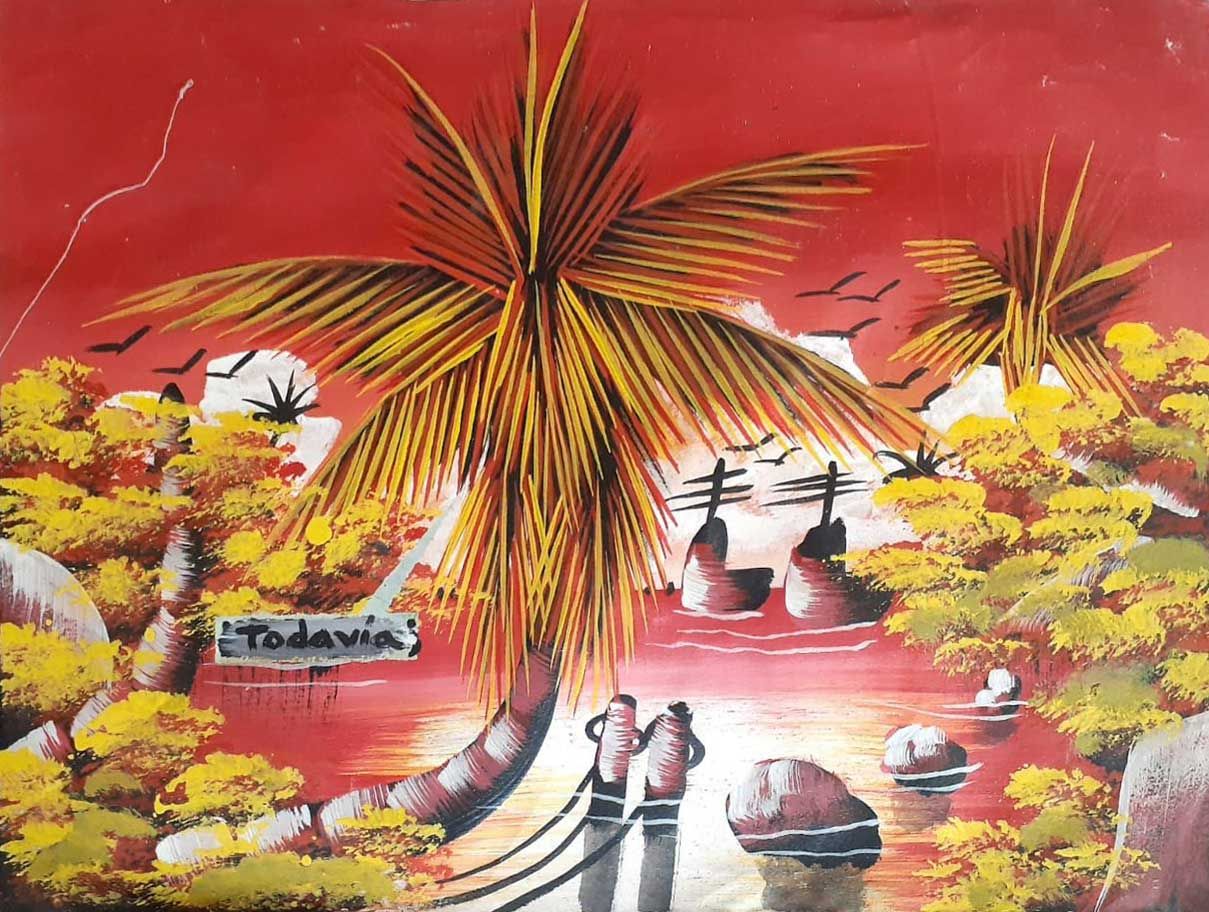 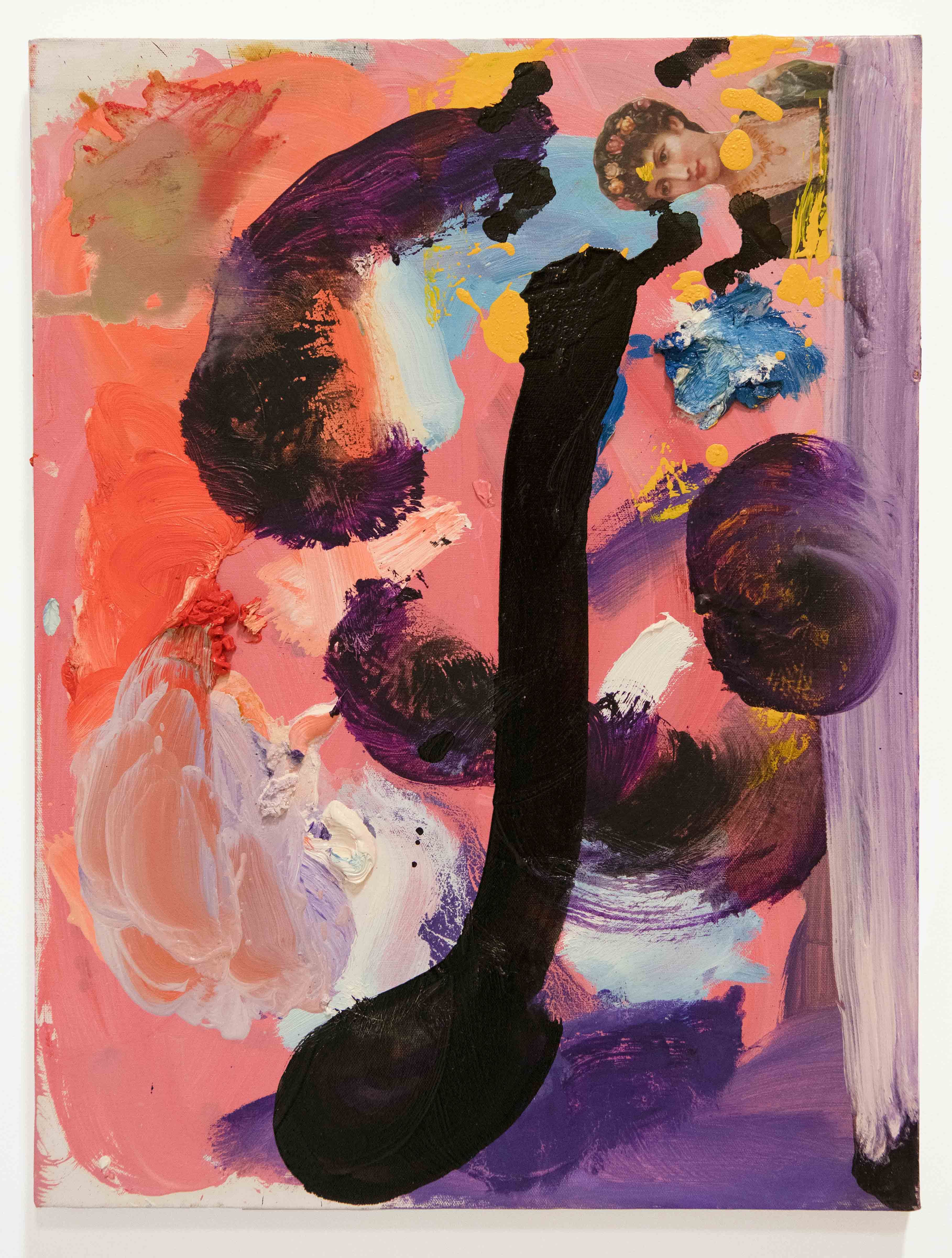 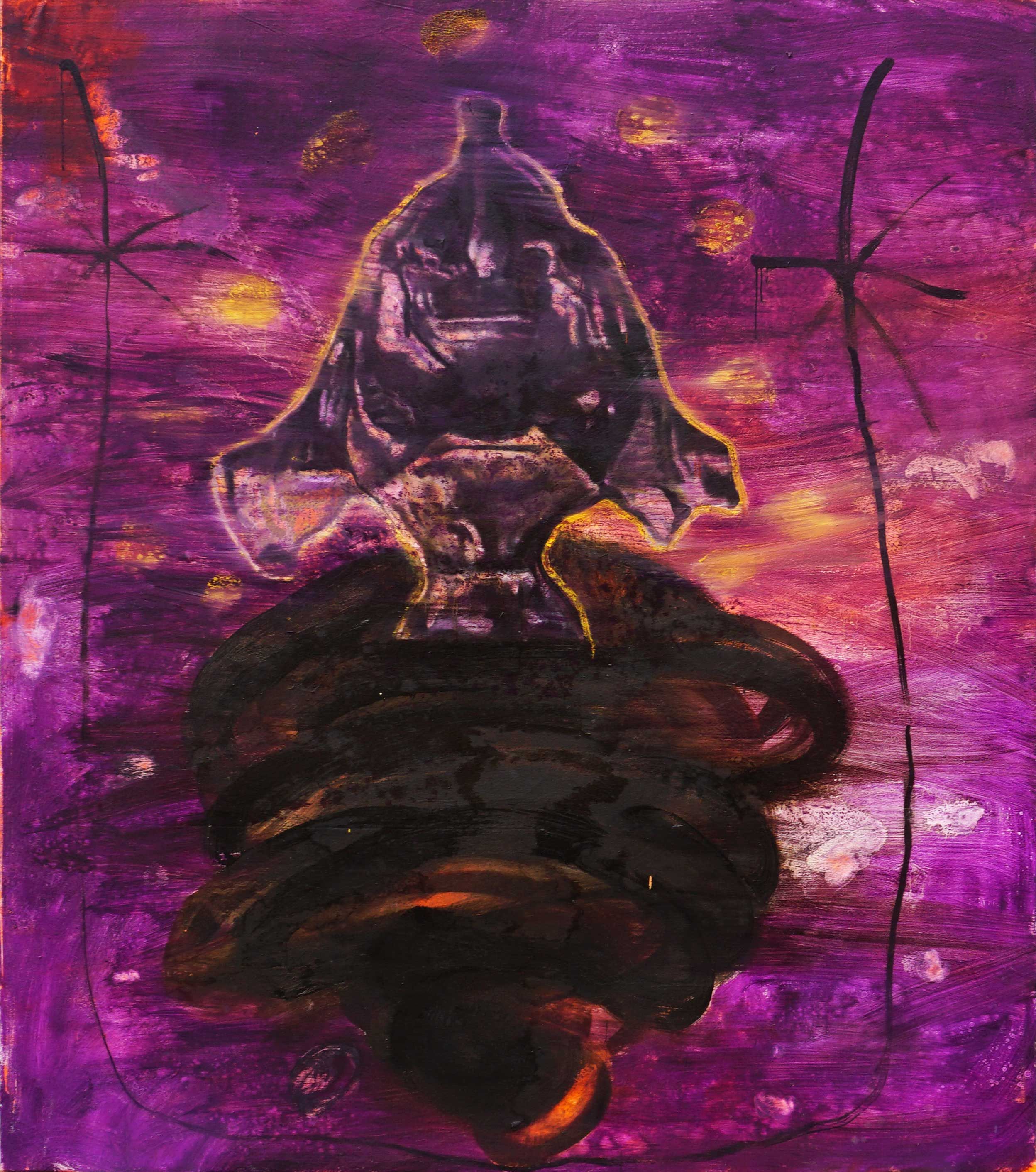 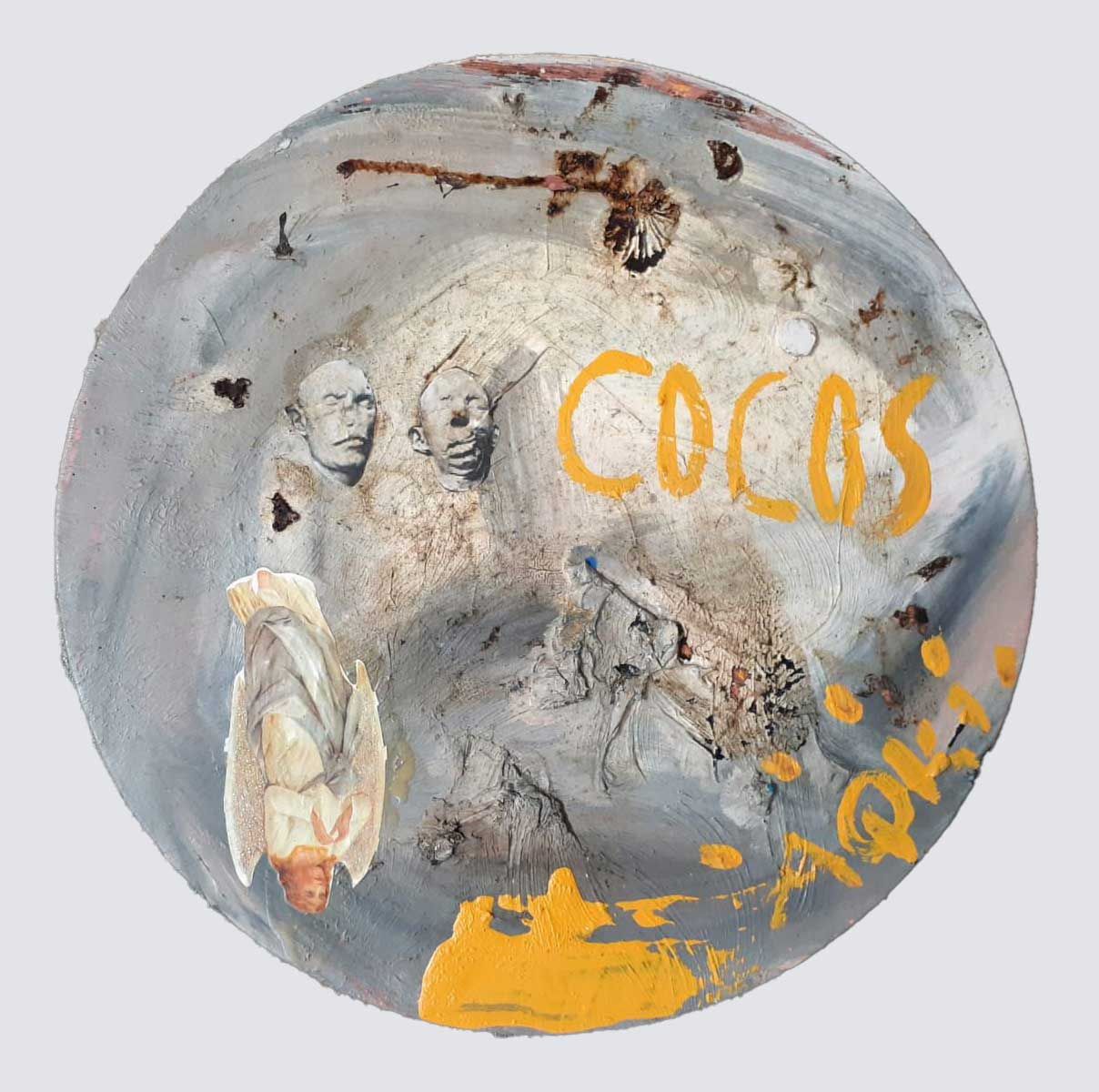 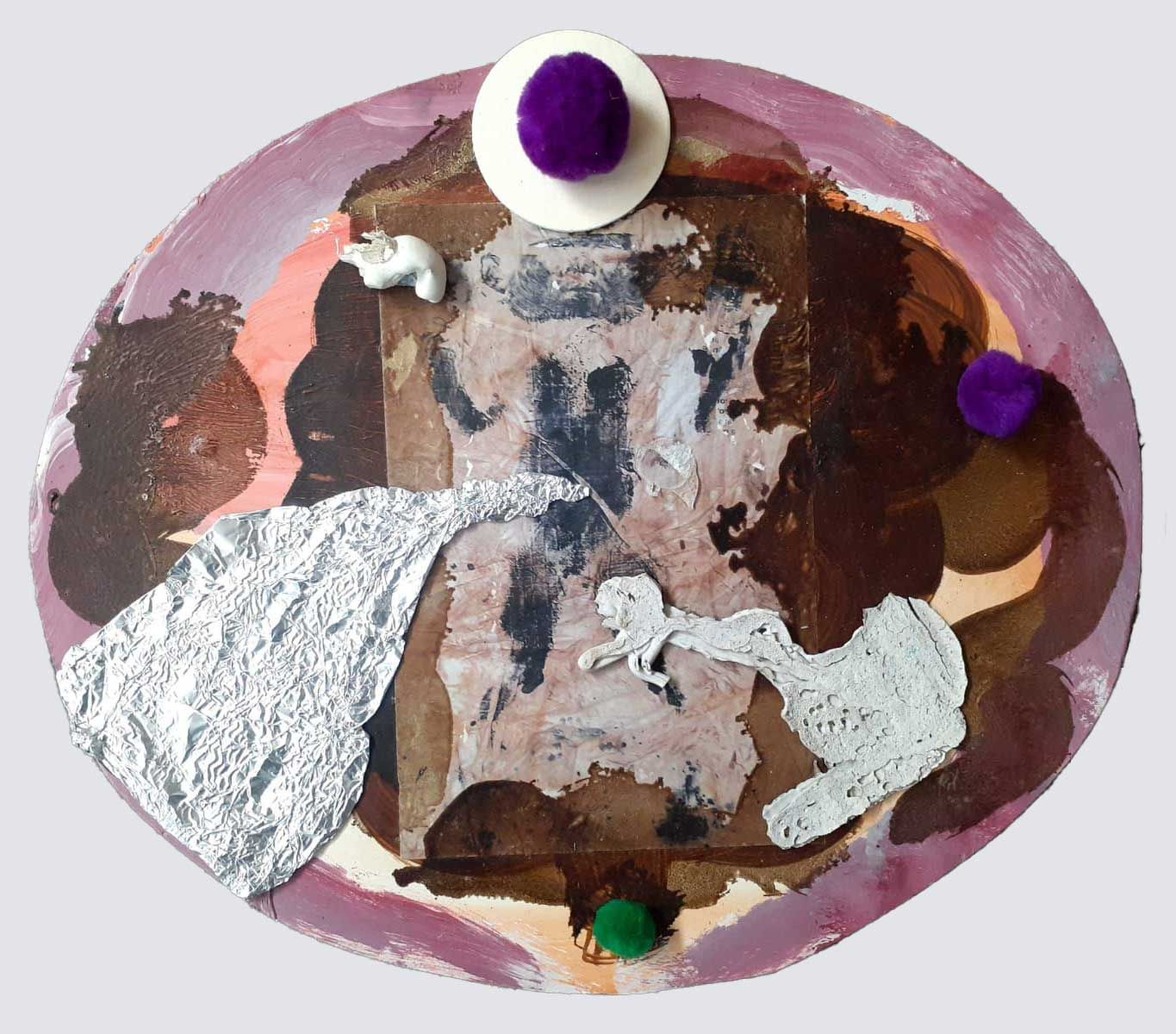 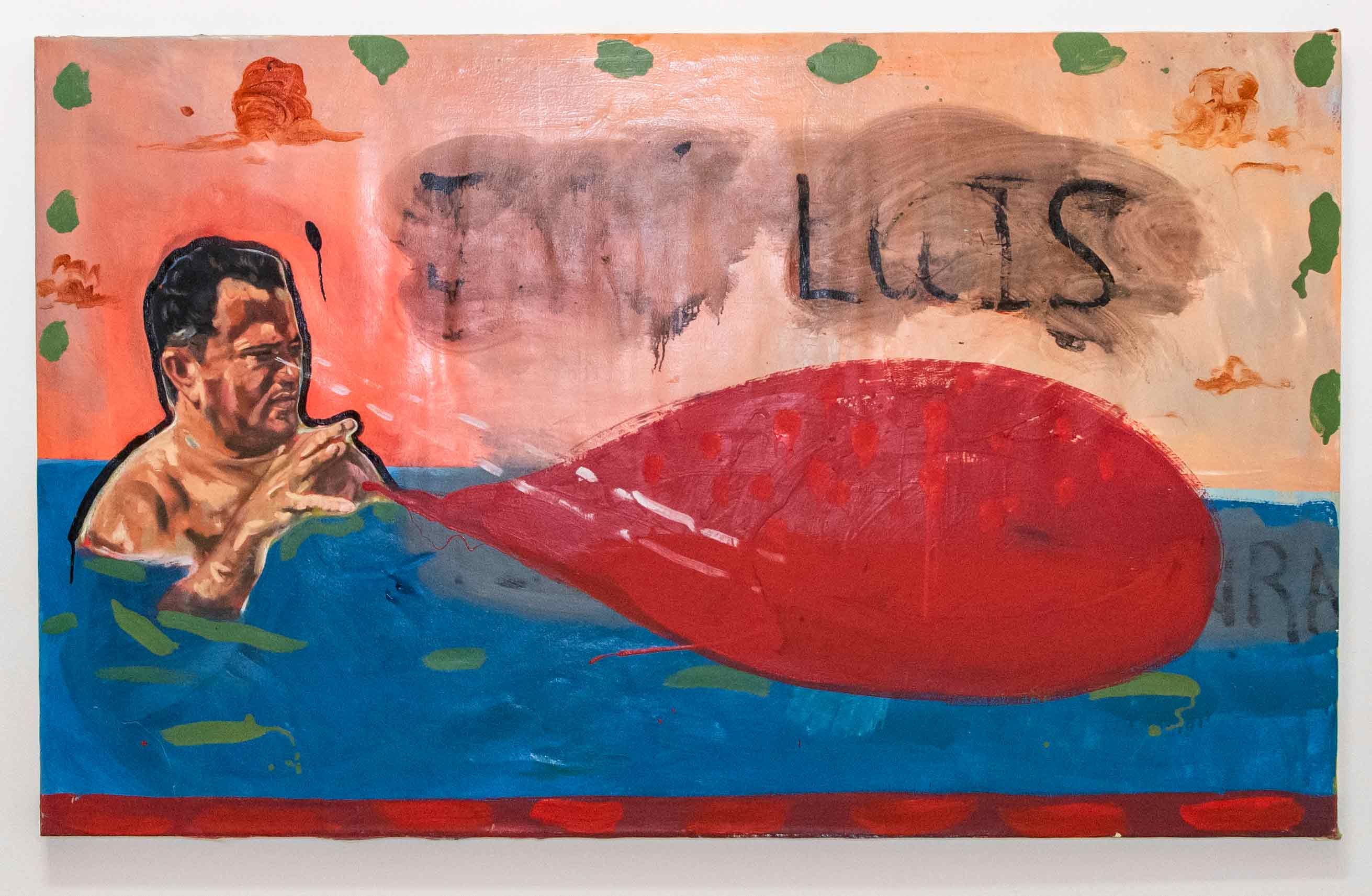 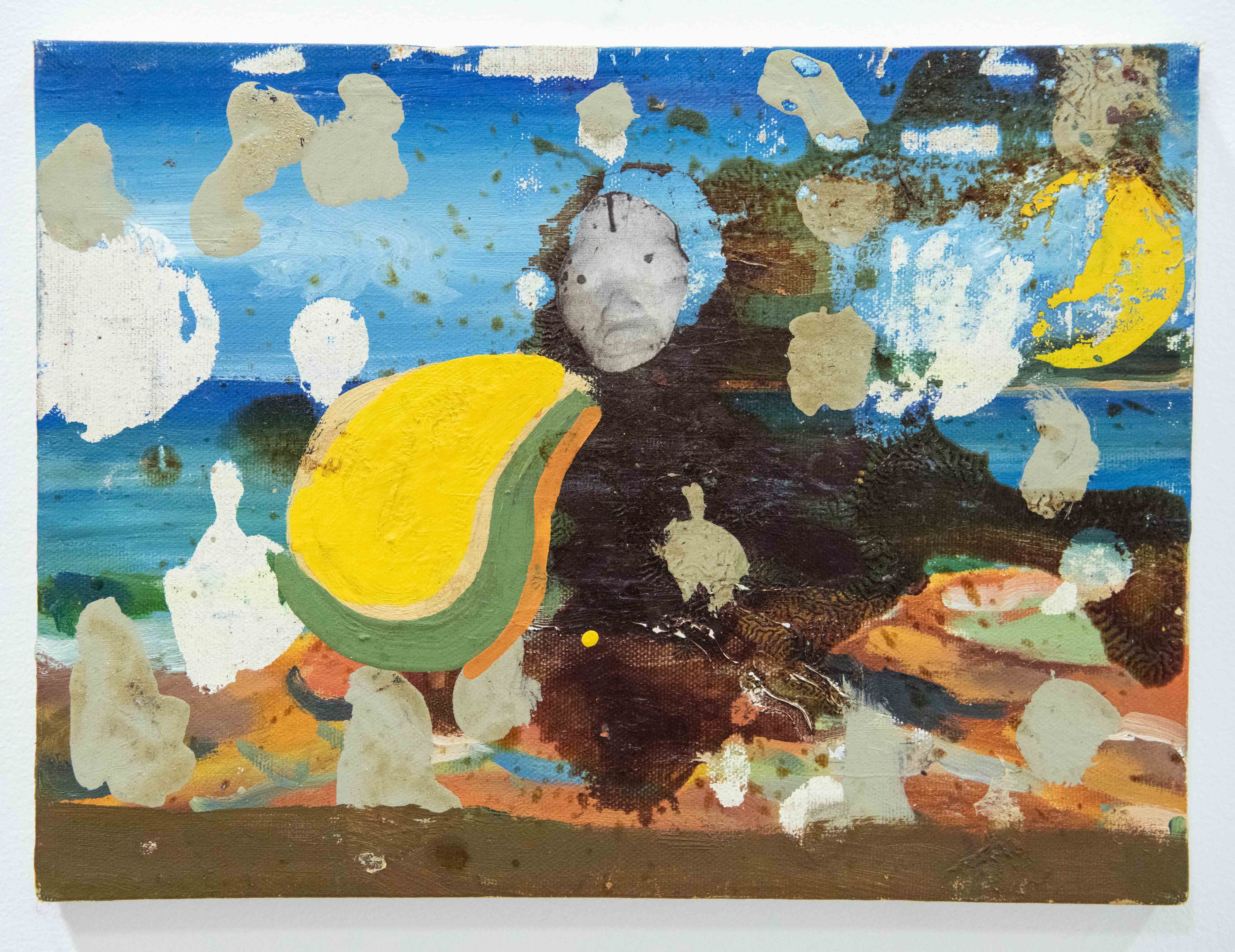 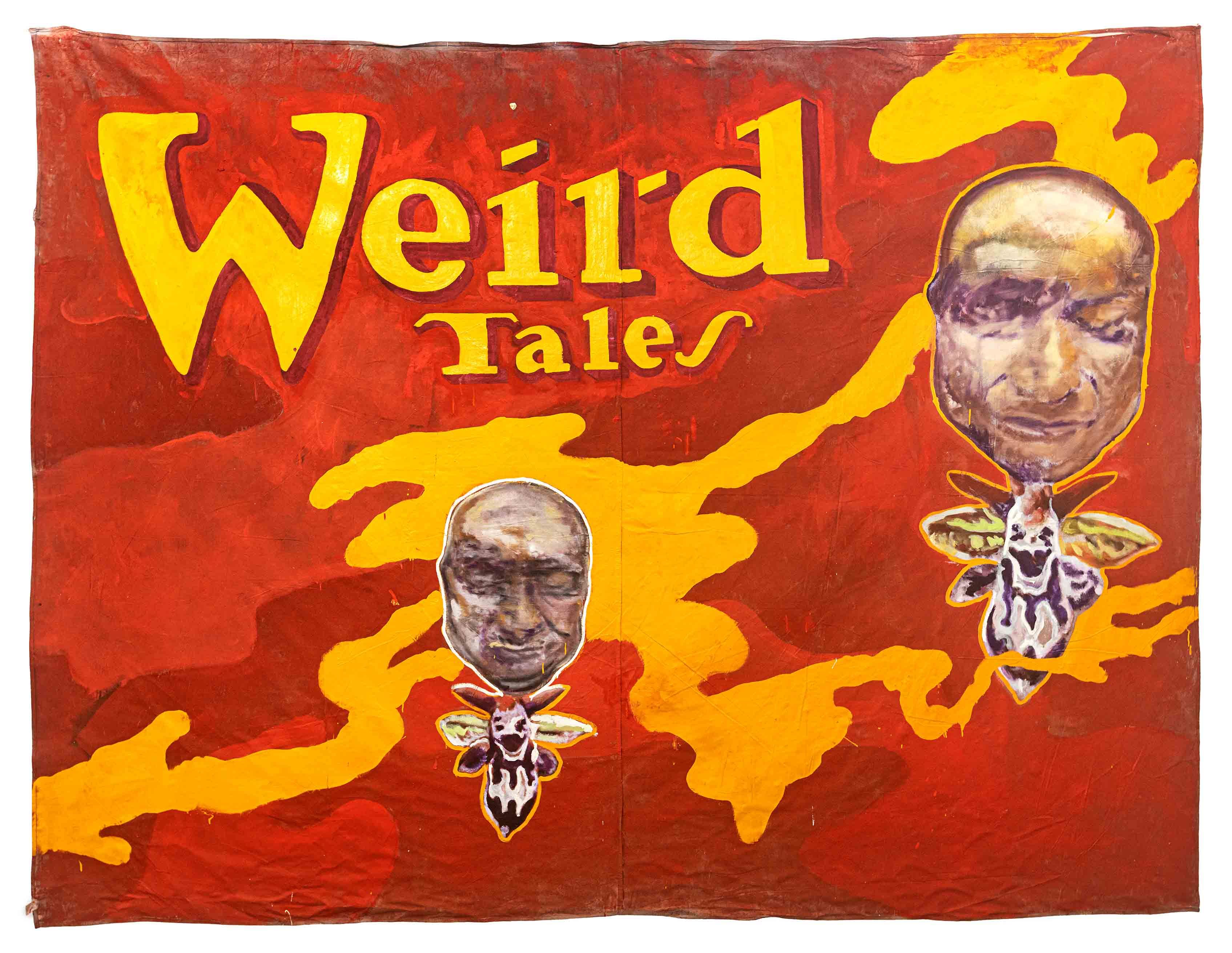 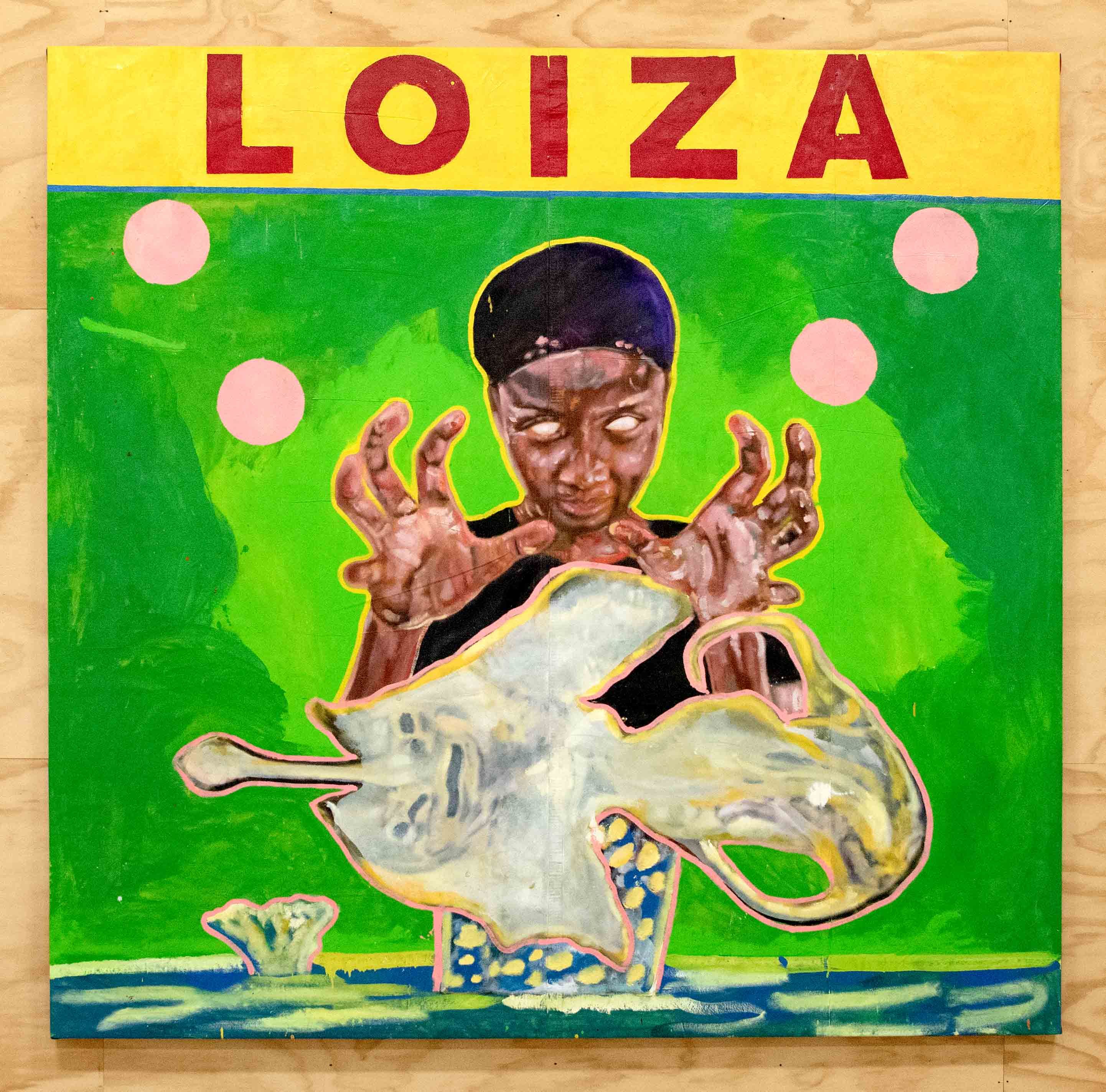 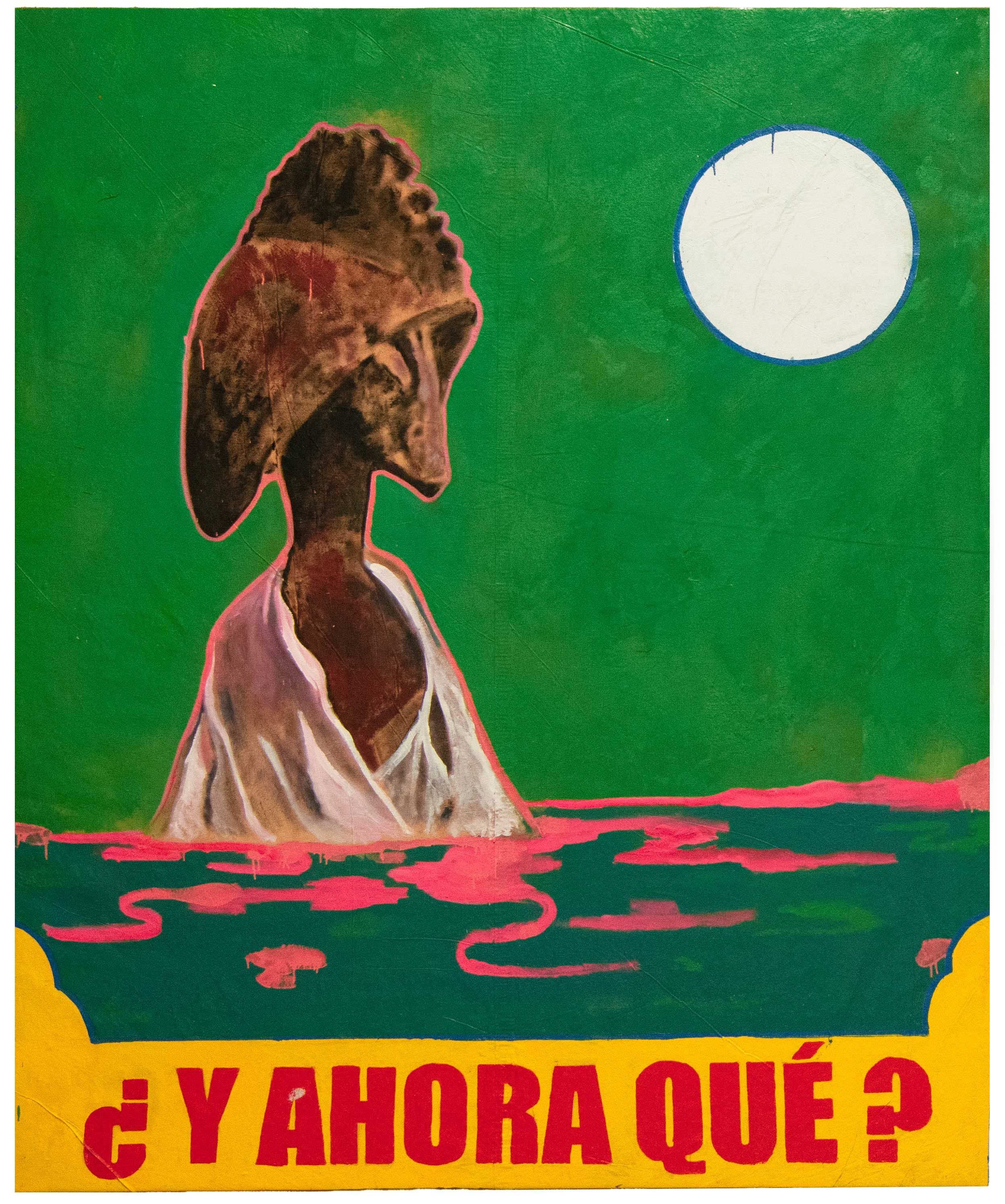 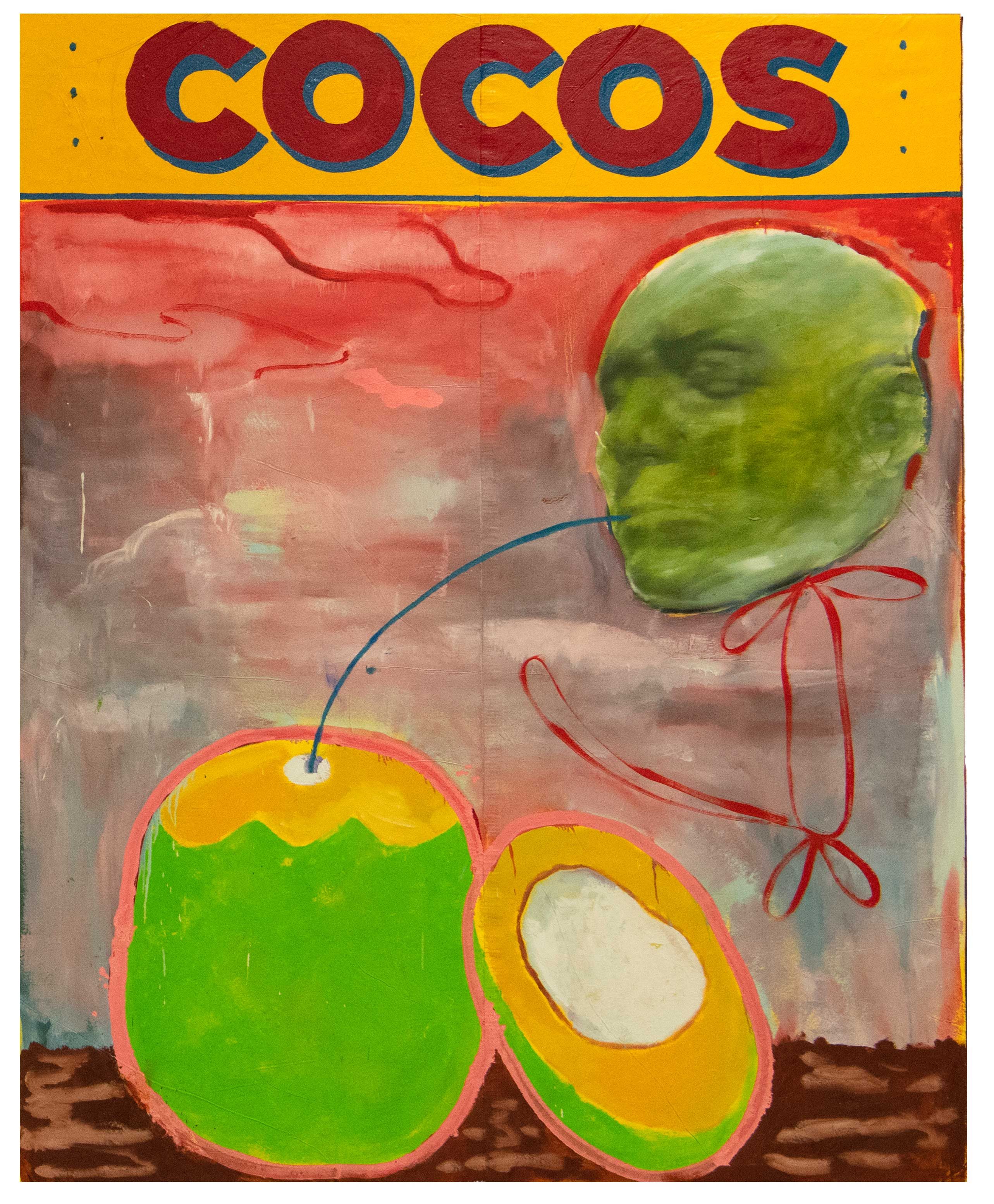 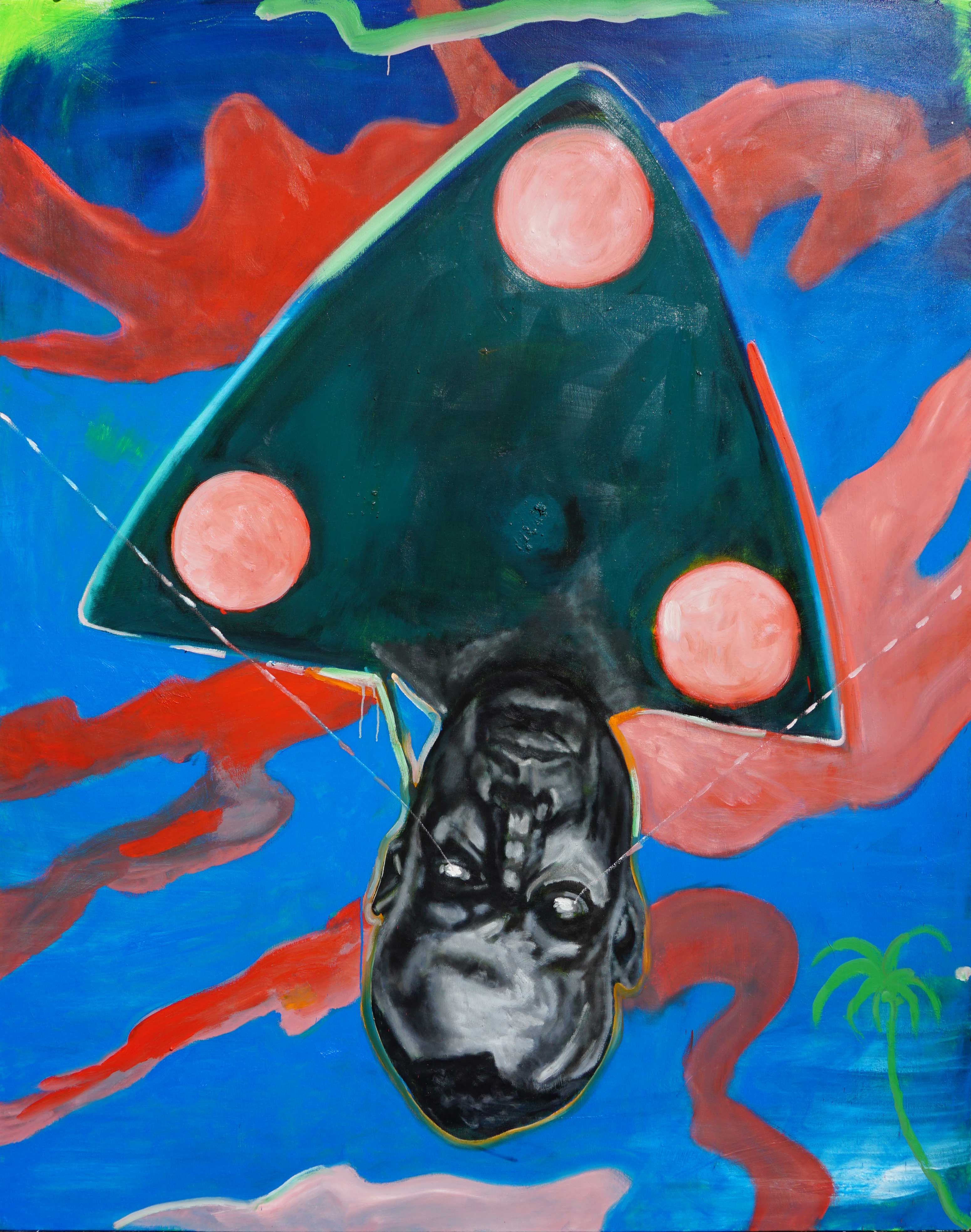